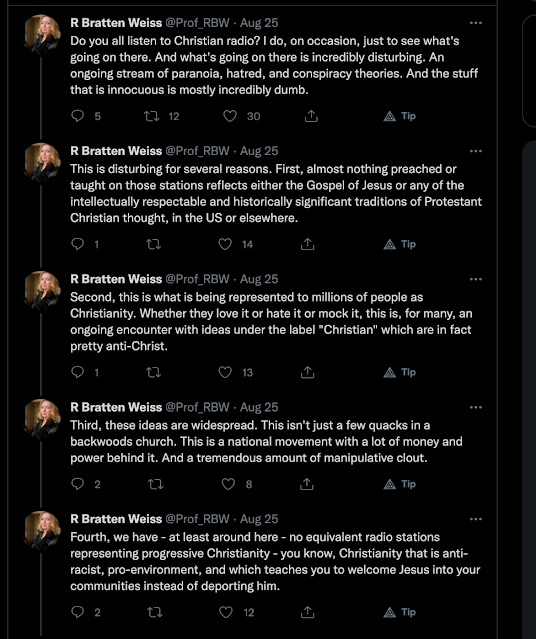 One thing they say ya never talk about in polite company is religion or politics. For me, religion is no big deal because the subject matter involves dimensions and doings several pay grades and dimensions above mine. I don’t know the mind of God, He does not talk to me and I have my hands full just trying to spot His hands at work in today’s modern world.

I do know that Jesus wasn’t a homo, or black, or a communist or a pedo. I do know he He was dead set against the virtue signalling poseurs of the day. There are very few people I’d trust to lecture me on God’s word and intent… and this clot headed cankle blossom isn’t one of them.

It’s curious, yesterday the wife and I were chatting and I noticed how many churches were getting pozzed and ended up closing as a result. The press gleefully reports declining numbers and closures too. But the wife caught me unawares - she asked if I had noticed all the new little churches opening up? I thought about and was shocked. There are tiny churches popping up all over the place, now that I thought about it. It’s the damnedest thing… they’re little tiny affairs, tucked in between the big box stores in strip malls, or in office buildings or the old declining shopping malls. They might serve a crowd of maybe a couple dozen, seldom more than 50. The wife thinks that when the queers and SJWs infiltrate and pozz the church - the Christians abandon it and establish smaller ones out of the way where they can do their thing without getting hassled by govt, perverts, Karen,  and other cultural fascists. Maybe the closure of those big powerful mega churches is a good thing, ultimately?

Have a great Sunday y’all. Thanks for stopping in.