Last week I got so pished off with the world, I just hit the off button on the computer and said the hell with it. I’d troll my fellow blogtards, scan the headlines… but other than that I had chores to do, and I really needed some time away. I needed to decompress.

It helped. Like everyone else, I am just steamed at the doings in Afghanistan. They could stuff the returning airplanes with smelly moslem fig farmers and goat feltchers and bring them back here… but not our own people? And now the bombs are going off, the bodies are piling up, all the leaders want to talk about is Chinkypox and more lockdowns, pox passports and other nonsense.

Focus. Perspective: Biden and his team could not negotiate with the Taliban even if they wanted to. The Taliban is a coalition of mud flap militants, illiterate moslem mutts and 7th century warlords. All of them have guns and will use them without a second thought. They all have their own agendas, and they answer to no one except themselves. They are murdering their own people in droves right now and the vid and pics are going up on Gab as we speak. Americans aren’t being treated any differently than anyone else, believe it or not. The bodies of men, women and children dead in the streets are everywhere. Biden’s team can’t negotiate because there is no one to negotiate with. If he brokers a deal with Yafeel, Farsid and Goopinder will feel slighted and start shooting. Without any kind of unity there can be no civilization, no negotiation and no peace. This is race reality kicking the democrats (and by extension, Americans) in the balls. Those guys are what they are and we all knew it going in.

What Joe IS culpable for is the botched evacuation and the loss of millions of dollars in military equipment and civilian lives. In better times, when we were better people, he’d be up on charges with his finks in the military.

And this is what bummed me right out last week. Nothing resembling justice can come of any of this. The courts, from the Supremes on down - are as pozzed as the democrats. The bloody conservatives are pozzed now too! So is law enforcement. If you “back the blue” you’re nuts. Those guys beat up old ladies for not wearing a mask, they arrested some petty drunks and tourist grannies on Jan. 6 and charged them with sedition and insurrection, and they take their orders from queers, pedos, and gangsters. The military itself is hopelessly compromised: who was that fart sucker general defending woke critical race theory and woke policy in the military? Miley? Milley? And… he was a Marine?!?

America is being run by domestic enemies now. And they are busily importing plane and boatloads of foreign enemies. I don’t officially condone violence….buuuuuuuuuut….the systems and laws and agencies designed to prevent all this have been compromised and have fallen. When people can’t resolve this kind of stuff peacefully, they will do it violently. America’s (and Canada’s) problems are not in Afghanistan or anywhere else… they are right here at home. The establishment has evolved to maintain the status quo… so nothing is going to change. Sure, you can vote Joe out, but if you get someone in who actually wants to improve things, they will tear him to shreds. Trump spent most of his term fighting off swamp creatures and lawfare.

From where I sit… this can only end one way. And that is what bummed me out the most last week. It’s time to shake off the funk, and do what preppers always do: keep your eyes wide open, and be prepared to do what you gotta do when the time comes.

Today I am going to vote via the advanced special polls. It’s probably a wasted gesture, and the conservative opponent of Justin Turdo is the typical eastern cuck… but we aren’t going to vote our way out either. But maybe this other shithead might put off the cartridge box for another day?

May God have mercy on us all. 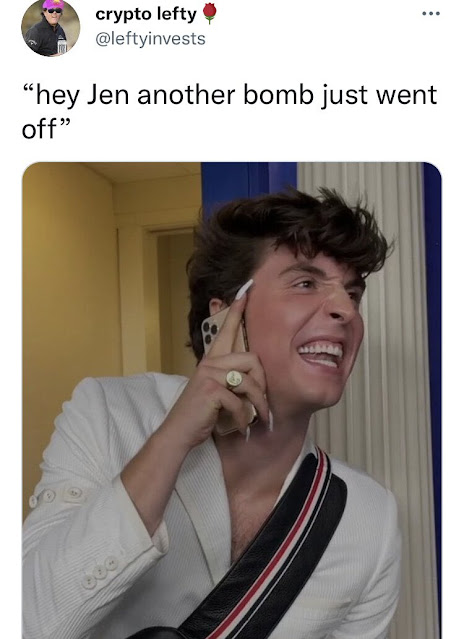