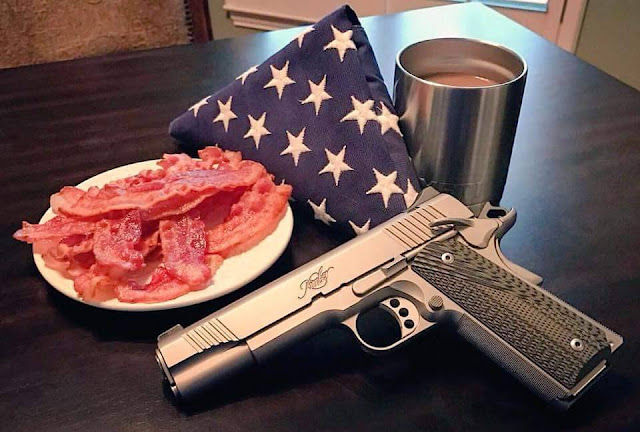 I am a natural for black ops and deep cover covert operations. With some clever but subtle imposture I could easily infiltrate the American gunnies, the white supremists and patriots and other Yank nazis that are the number one threat to America today - and rat them out to the Feebs and other three letter agencies. My good buddy Aesop will have a bird when he gets the no-knock raid later tonight! HAR HAR HAR!!!
😂👍

For years I spied on the British using the same metrics - but swapping the props out. Instead of bacon, I used faggots and peas, blood pie and spotted dick to ease my infiltration into their soccer hooligan gangs.  A rape whistle was substituted for the gun. Last I saw of Agent 007 - he was getting the stuffing kicked out of him by a Yob holding his arms pinned behind him while a Chav beat him up from the front. You’re welcome, Mr. Bond! HAR HAR HAR!

The other chit hole countries are the worst. In order to blend in I have had to eat unsavoury dishes like sun dried curried goat, gabba-gabba, dirka-dirka, figs and even bugs.

Hack writers like WL Emery often portray the international covert operative as a ‘grey man’ who always blends in, and never stands out. In point of fact though… such operators are often a shade of pale green.