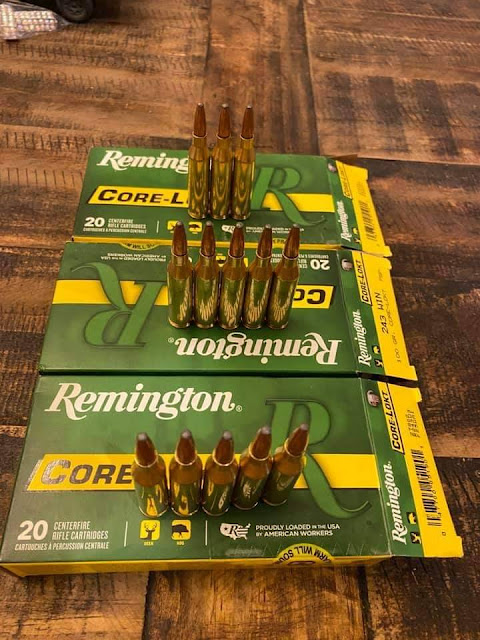 One of the horrible realities of our day is vulture capitalism. I am no commie, but over the last couple decades I have watched great American gun companies with histories spanning a century - get run right into the dirt by corporate shithawks and opportunists for fun and profit. It’s not just gun makers either I suppose. They are the kind of businessmen that tell themselves they are financial predators… when in reality they are really just parasites. It happened to Colt, Marlin, Remington and who knows who else. When I was a kid I dreamed of graduating from my Daisy BB gun to either a Winchester or a Remington and swore I’d have a Colt Python on my too - like all my heroes in the gun rags. Today the companies are getting traded around between corporatists like old whores. The historic companies are traded and bought and sold with no aim other than making a fast buck and flipping them rather than investing in them.

Awhile back Big Green was going into bankruptcy and a new group took over promising to restore the company to its old grandeur… and this happens. From the blurb:

“I posted this on my hog hunters group. Seemed it caught a lot of attention.”

“For all of you out buying ammo? The two pictures are a recent purchase at a walmart. After purchasing the ammo it was noticed that the neck was cracked on one of the shell casings. So every round was inspected and 13 out of 60 of the shells had cracked necks. This isnt walmarts fault. This is the fault of the new manufacturer of remington ammo since post bankruptcy purchase. Vista outdoors purchased Remington ammunition post bankruptcy and seems to have no quailty control. Please check your ammo before purchasing. A cracked shell casing will cause the firearm to exploded and cause severe injury..even death. Just wanted to pass along this info. A lot of first time gun buyers out there and dont know what a danger this is! Please inspect your ammo!”

No, a cracked case is not necessarily going to blow you up. I get them all the time as a reloader and at the end of a case’s life I just throw them out when they split. I’m sure I’ve missed one or two in my 35 years at the bench. Why, I even had a case head separation on my M1A match rifle, and the big ol’ girl just gobbed the pieces out and kept right on going. But I was lucky I guess. I watch my brass like a hawk now and when I have a piece that’s done, I don’t throw it in the garbage at the range, I take it home and pound it flat so nobody else gets it and reloads it by mistake.

But cracked cases in brand new ammo? That is bad news. That tells me that Remington is in huge trouble, still. So what happened? Are they running the old worn out machine tools past their service life limits? Are they still putting cheap labour 3rd world turd brains on the manufacturing line and paying them $3.00/hour? Does that mean they’re back to selling half finished guns again too?

If I were still in the market I’d tell Remington to go sod themselves and let that old whore die. Sako is still making grand guns, and they’re actually worth what you pay for them too.

But that’s just me.

A sharp eyed commenter had this to say about the story:

"No way that is new brass. It looks like it was a range pick up. Weathered looking. Don't buy it..."

That is actually a great observation. We can no longer take this story at face value; Remington ammo is usually quite photogenic and their cartridges tend to gleam like pieces o' eight. This looks suspiciously  like the beat up range brass. Could that be due to poor camera lighting? Could it be that it was so poorly manufactured that it looked like beat up range brass right from the factory? Could some axe grinding stubfart be putting out a fake story to undermine the new Remington start-up? All theories are possible at this point. We must therefore downgrade the integrity of this story as "plausible". If anyone has personal knowledge of the situation, please chime in. For me - I have heard of problems with consumer complaints, issues with personnel and old machinery, etc. But those stories are as plausible as this one is I suppose.

Let's give Big Green the benefit of the doubt: check their ammo when you buy it and let us know here at the Thunderbox how that goes and we will pass it along? If you buy a rifle or shotgun... make damned sure that if you have any malfs with the new gun, the retailer will take it back and swap you a new one that DOES work, and take up any warranty issues with the factory himself. Most will do this of their own a accord but do not assume so. Ask your retailer what his stance on issues like that are before you buy. I think when it comes right down to it, we all want the new Remington to succeed.