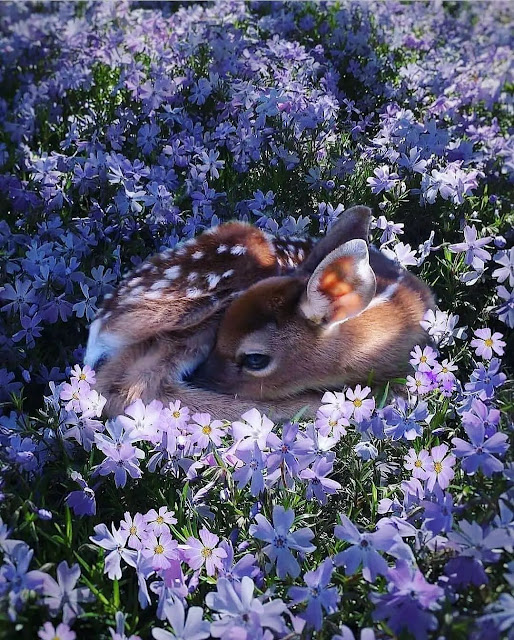 A hundred years ago Pop and I were rattling, rumbling and thrumming our way across the back 40. Pop was on the tractor, between us was the baler, and I rode on the stuker, stacking the bales as they came out of the machine. It was hot, boring and tiresome work where your body soon picks up the rhythm while your mind starts to coast of its own accord.

I was jolted out of my drifting when Pop stood on the brakes, almost dislodging me from my perch on the stuker. He was frantically shutting everything down and I wondered what had cratered and caused the panic. When everything was off and quiet, Pop shushed me and told me to come quietly up to the front.

On the ground, a foot in front of the baler’s maw - was one of these little cuties. Had Pop not been on the ball, the little bugger would have gone right into the baler and it would have either bunged it up…or I would have gotten a very nasty surprise on the stuker. When mom steps out for errands, these little ones will go to ground and hide and won’t move for anything.

Pop shut us down until the youngster got up and left of his own accord. He was adamant that we don’t touch it; he was convinced the mother would reject it if she detected human scent on her fawn. I think that’s birds that will do that, not deer… but whatever.

For some reason these memories are flooding back on me as we brace to lose the men among our elders. Pop is old and frail now with serious memory problems. My father in law is in a wheelchair and near the end of his days. I will always remember them from the Before Times - better times when we were all better people.