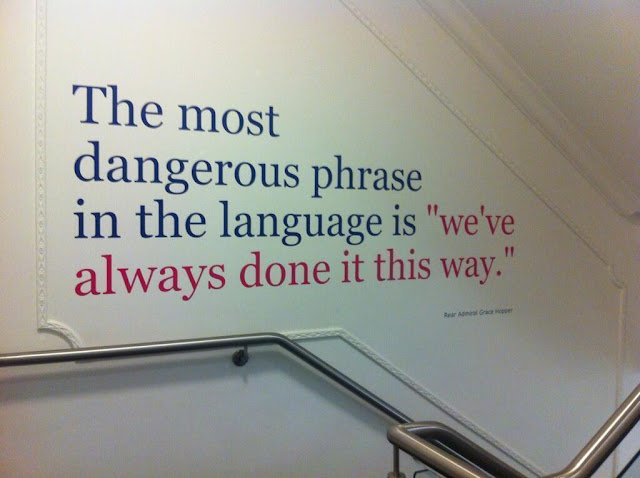 The worst experiences I have had at work is when some pencil headed middle manager flunkie decides he is going to make himself look like a star by re-inventing the wheel. “Has anyone ever actually tried to run the company on square wheels? Well how can you dismiss the idea then? Mr. Filthie… I’m not sure I like your attitude…” So the company freight train, which was running at top speed on round wheels - now has to come to a complete stop, convert to square wheels, and then accelerate in the opposite direction at top speed.

And when they collide with another on-coming company train and the whole thing ends in wreckage and tears… it’s time for the corporate autopsy on the problem. And innocent scapegoats are sacrificed to absolve the guilty.