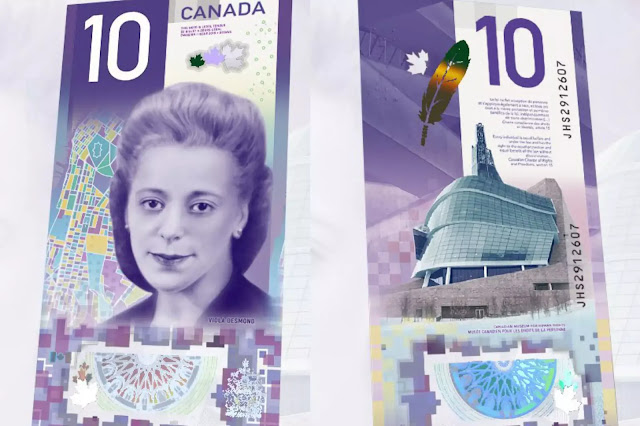 Now that Canada officially runs on Monopoly money that comes in all the frooty colours of the rainbow… they decided to improve it by putting vibrants on it. This chick apparently immortalized herself by making by being a pest in a movie theatre and got tossed out on her ear. Apparently she’s black or some other mystery meat, HAR HAR HAR!!! Who knows… I don’t trust any of the shitlib myths and heroes, given their penchant for revisionist history and flat out lying. It’s like Canada didn’t have a Rosie Parks, so Turdo’s fart catchers had to invent one. But this liberal fiscal faggotry offended me for some reason.

I dunno why, either. They’ve done it before. I think awhile back, the fiver had some native oogah-boogah gods on it on one side… and a pic of a vet in a beret on the other side. I started the nation’s biggest rage-fest on a Canadian internet forum when I said the vet was actually a pakie wearing a turban. It was hilarious: at first I got roasted by people that were infuriated that it was even suggested. Then the country went to war as others took a second look and conceded that it was so poorly done… it actually COULD have been a pakie… and the rumble was on! HAR HAR HAR HAR HAR!!!

So I sat there looking at that black baboon on my ten spot… and noticed something else. Some treasonous racist chit head had written “F**k Justin Trudeau” on the bill too! Why - who coulda done such an awful thing!!! How low can you go, putting your personal politics on the official tender of the land?!?! Outrageous!

I got rid a the bill at the local Tim Hortons. The vibrant and diverse cashier there had no problem with it, and took it without a second thought.