Well my little RC airplane flies like a champ. It had been hanging on the wall for a couple years, so I took it down and went over it. All the flippers and flaps seemed to do what they were supposed to. It’s been awhile since I’ve been on the sticks so I figured I would have ace RC pilot - Scotty The Retard - take it up and check things over.

What a fiasco. I woulda thunk the hornets were done with… we’ve had several nights of near freezing temps…but no. They were all out and aboot at the airfield and aggressive as hell. Scotty got the plane on the ground, dropped the radio and then started running around flapping and screaming in fright as the angry bastards swarmed him. I got the plane apart and into the back of the dawgmobile and then dived into the cab. Three of the shitheads followed me in and I was able kill two and shoo the third out. Gawd I hate those f****ers.

Scotty has a new shop I need to check out so I might drop in tomorrow with some coffee. He’s still building and flying the big stuff. His latest is a low wing with a 14 foot wingspan. It needs a 120cc engine to fly.

I dunno why he just doesn’t say to hell with it and just build a nice Flybaby. 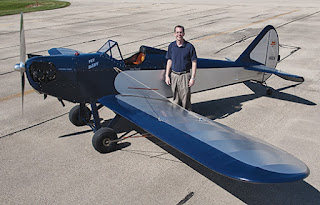