JFC. So in Aaaaaaaaaadmintin - the morons elected an import for mayor! Gawd, I hope he isn't like that that pajeet mayor of London with his knife bans and child trafficking buddies. But whatever, they will vote for anyone in Edmonton and have done so before. Years ago they had this goat faced house wife for a leader named Jan Reimer, if I recall. One of the trappings of the mayoral office and titles at the time was a ceremonial necklace thing with embellished metal and beaver fur - it would have been right at home on Conan The Barbarian or a medieval lord. But - hey, it was ceremonial. Ol' Jan was a bunny hugger and decided to take the 100 year old artifact, throw out the beaver fur - and replace it with fake fur, HAR HAR HAR!!! Fur clothing is cruel dontchya know. When she did that, everyone suddenly knew what they were in for. Back then, Alberta was lolling and gagging in the midst of an oil bust cycle brought on by Turdo La Doo's buck toothed father... and our economy was seriously on the ropes. Jan The Lady Mayor decided that the way to revive the city was to make the evil businesses and corporations pay their "fare share".

So they all left. The oil companies laid off everyone here and went down to Calgary; others fled to other cities, and gawd - those were tough times. I was just a kid then, and youth unemployment in Edmonton was pegged at 37%. It was a tough time to be a young man with a new baby to be out looking for work. But the beautiful people of Aaaaadmontin thought Jan Reimer was a female Jesus Christ.

The mayoral blues have even come to my small bedroom community outside Edmonton. Here in the Park, one of the leading candidates for the job is this guy: 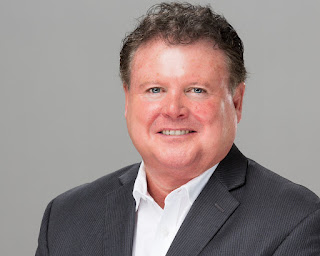 That's Dave Quest.
I beat the stuffing out of him back in grade 10.
It was the high point of my political career!

This guy is a hoot. When we were little kids his hero was - seriously - Boss Hawg on the Dukes of Hazzard. He was a used car salesman at one of the less reputable town dealerships until even they had to let him go, He got into provincial politics as a conservative until the commies of the NDP kicked him out, but lord... could he play people. He's  probably going to win the mayoral race, and you can bet he will cash in on it too. I laugh because nowadays he waddles around like Boss Hawg too.

Even our local politics have gone down the crapper. I am up in Alberta, Canada... and I am going to be living in Hazzard County, HAR HAR HAR!!!

Is it just us? What are your local politics like? Are they as messed up as the national federal stuff too?