Heart’s Not In It Anymore 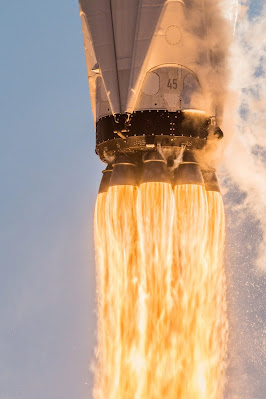 I guess William Shatner is on the next space shot or something. The rude jokes are flying all over Blab about it. When I was a kid I’d read sci-fi books and watch TV shows where space travel was routine and every large town had a space port. I’d dream of the day when I could do it.

They posted a pic awhile back for the next Artemis crew and they looked like a bunch of trannies and queers. One of ‘em was fat enough that it probably accounted for 3/4 of the total fuel burn by itself. I just yawned and kept surfing.

Do you remember the buzz-cut rock stars that used to be representative of the breed? They were guys that had 2 (or more) doctorates. Thousands of ours of flight time. All were in peak physical condition. Back then an astronaut was much more than a passenger. They’d put them through the wringer testing them too. They all got loaded into a giant hamster wheel and got spun up and centrifuged until they passed out. They  got put in hypobaric chambers and got overpressured and decompressed until they got the bends. They got loaded into contraptions and tumbled till they puked.

I suppose there are flip sides and trade offs to everything. When they were lost in an accident, it was a national tragedy. It was international - us guys up here in Canada mourned too. I suppose if we lost a crew of fakes and queers… losing a few SJWs would be cause for celebration, HAR HAR HAR!!!😆👍

Funny how circular these things are. They started by sending monkeys into space, graduated to sending the best men the species produced… and now they are back to lower order primates and simians again.

I suppose I shouldn’t be such a dink. The space program is finally moving again. That’s a big deal, and hopefully some progress will be made. 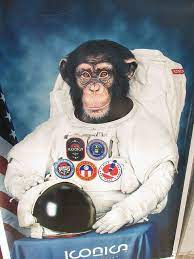