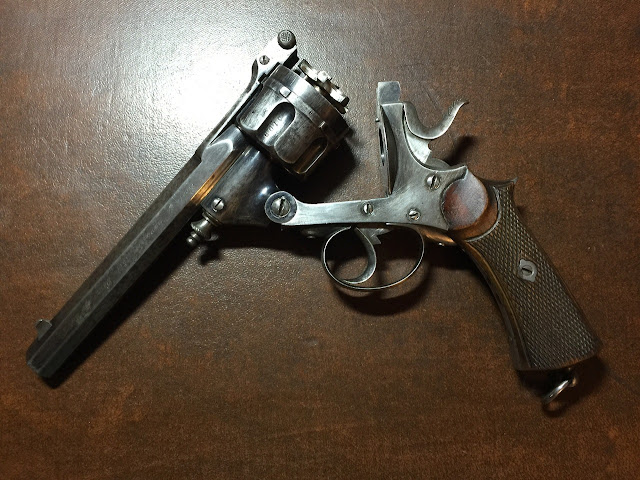 The other day I was stinking out the range again. I dunno what it is. Some days I can go and shoot like my old self… and other days I go out there and suck and blow and I prolly just shoulda stayed home.

But this kid showed up and he had more guns than I do! He dumps them all out on the table and goes to town. He had one a these… a Wobbly Webley as we like to call them… and he set the lot of us on fire with it. He didn’t miss. It’s chambered in 455 Webley, but you can shoot 45ACP in it if ya have the moon clips - which he did. According to the lad, the original Webley’s slugged out at .454” on the bore. Typically 45 ACP ammo is .451-ish … and the slugs shoulda gone rattling down the bore with room to spare. But the kid hit everything he aimed at.