Trucks Are On The Way 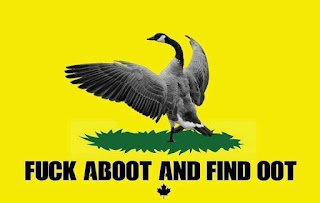 Welp… the truckers’ convoys are headed out to Ottawa in Morontario as we speak. Apparently there was a string of them 70 km long headed east out of BC. The police assigned to the event are publicly expressing solidarity with the truckers.

Personally… I don’t think it will do any good. The Canadian ruling class only needs the approval of 35% of the population and it’s done like dinner. Justin is also a smarmy little faggot like his father was, and could care less if 65% of Canadians are in big trouble. The truckers will get the same flip off that the oil patch guys did.

Ideally this would become a vote of confidence issue and Turdo would get the boot… but who would replace him? The conservatives are run by gutless cucks, and the parties to the left of Turdo’s liberals are just flat out insane.

This is why I don’t do Canadian politics. Our establishment uniparty is even tighter than the one you Yanks have down south. The only way things will change up here is if someone gets shot in the face or pushed down the stairs.

I wish those truckers the best of luck. They’re going to need it.