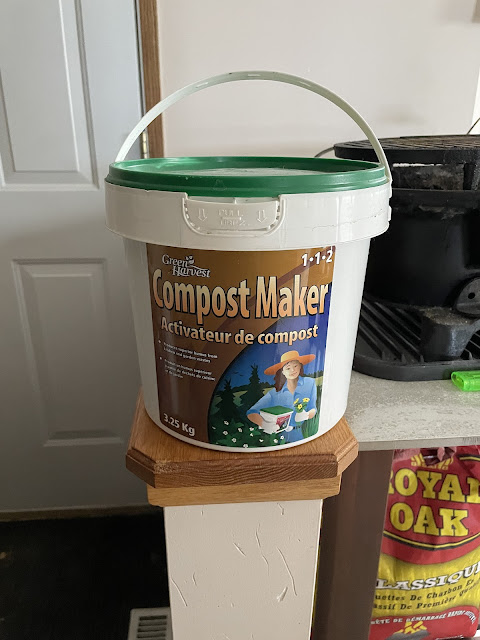 I have yet another invaluable product endorseMINT for my fellow tards and stubfarts.  What you’re looking at in the pic above is high octane nitrous oxide for NHRA top fuel composters! I think it’s really only fish meal mixed with 11 secret herbs and spices…but this stuff will turn your backyard composter a Purple X grade garden dragster! 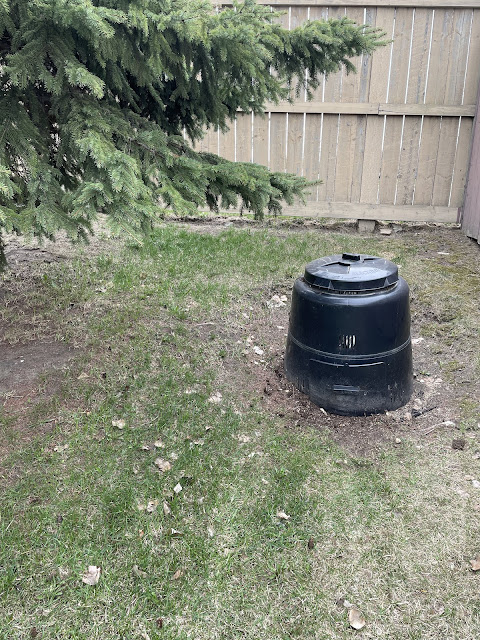 This is my ultimate backyard power house. I’m strongly tempted to have STxAR and Cederq plumb a two holer outhouse into it for visiting dignitaries to use… ‘cause any chit that goes in there will be magically reduced to potable soil in an instant!!!! 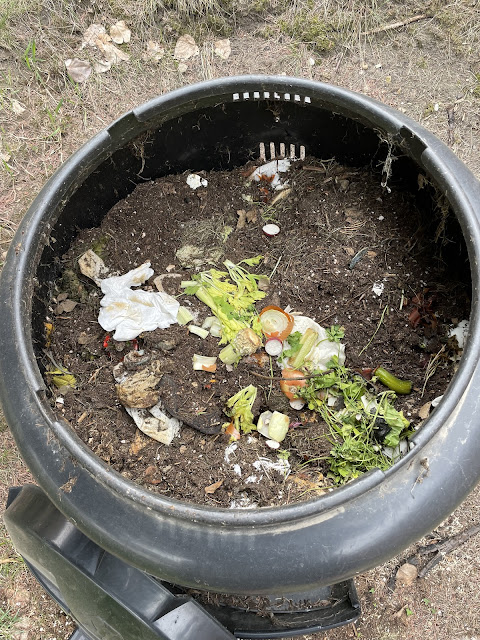 Behold! Sure - there’s a few turdies, rotters, and floaters in there… but they are fresh, within the last couple days. (No, that isn’t asswipe in there…it’s a paper towel! This thing eats those too!) When I opened this thing up about three weeks ago, it was a frozen mess of table scraps, paper towels and rot! A couple weeks later? Loamy soil! No stink, flies, or creepy crawlies. I’m told if you throw worms in this thing it will accelerate the compost  AND improve the compost quality even more. When I have a good top layer of fresh table scraps going, I merely sprinkle in a 1/4 cup of accelerant, stir it in…and the microbes do the rest! 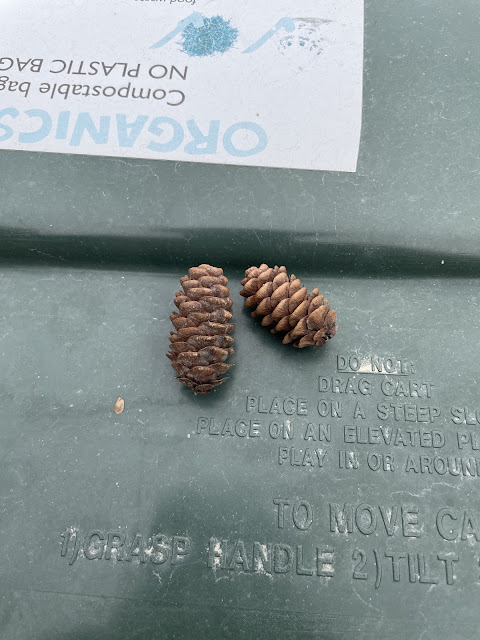 Back in the Before Times… my late father in law did a lot of good things for my family and I. He decided we were going to have this composter back when we were living together as an extended family …and I flat out didn’t want it. His idea of composting was a little messier than mine. We had a big fight about it and the next thing I knew… it was in my backyard. I suppose you could say this thing would be a monument of sorts to his memory, HAR HAR HAR! HAR HAR HAR! And I can tell you without a trace of exaggeration… the old bastard would heartily approve! Or, at least… there was a time in his life that he would have. I know for a fact that if we could have composted his carcass in there, he would have it in his will and testaMINT to be fed into it head first! The old man loved the idea of the victory garden - and he was pretty good at it when he got serious.
Now that I’m older and a smidge more civilized… I think I’d like to plant a tree in his memory. It would just be a gesture of respect sort of thing. I don’t miss him, and I am glad he’s out of my life…but I wish things had not ended between us as they did.
Do ya think that compost soil will make a good start for those pine cones? Ya just pack them in soil and water them, right?
I hope there are beers, family and sunshine in your weekend ahead, and - as always! Thanks for stopping in!
Posted by Glen Filthie at 11:13