One Of The Greatest Advances 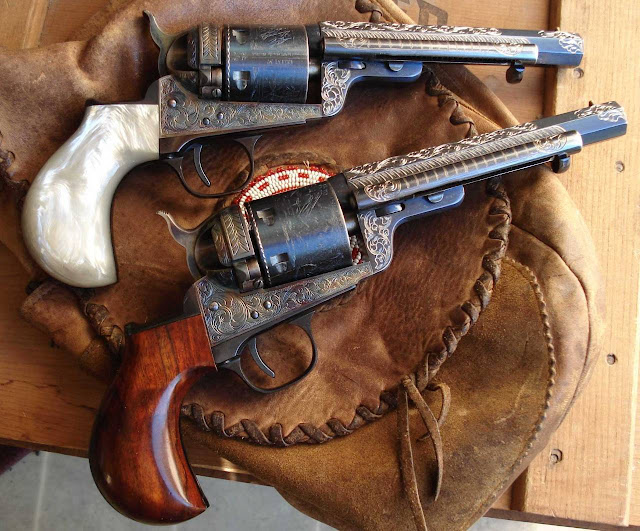 Ages ago, before gun writer Mike Bellivieu ever made a name for himself in the industry - was screwing around in his basement shop with some surplus gun parts. He took the bird’s head grip off a Colt Thunderer, and grafted it on to one of his cheap Italian peacemakers…and voila! Although this gun looks as historic as any real antique… Historically it never existed; but it probably should have. The stubfarts and gun club duffers polarized; they loved it or hated it and no in-between.

I was in a machine shop up in Grande Prairie inspecting one of these things my customer had just bought…and was told their local gun store had a shipment in. I hurried down and sure enough they had three left. The one I handled was in 357 if I recall. It fit in the hand like a glove and I fell in love. I’m told the womenfolk get along with these exceedingly well. I have medium sized hands so I could still get mine on it nicely.

But…357? I’d need new dies for the reloader, I’d have to stock different gun powders, buy new moulds, and I already had more gawddamn guns than the US Military…so I firmly handed it back and walked out. The Reclusium was crammed to the rafters with supplies as it was.

To this day I still feel that was a big mistake…😊