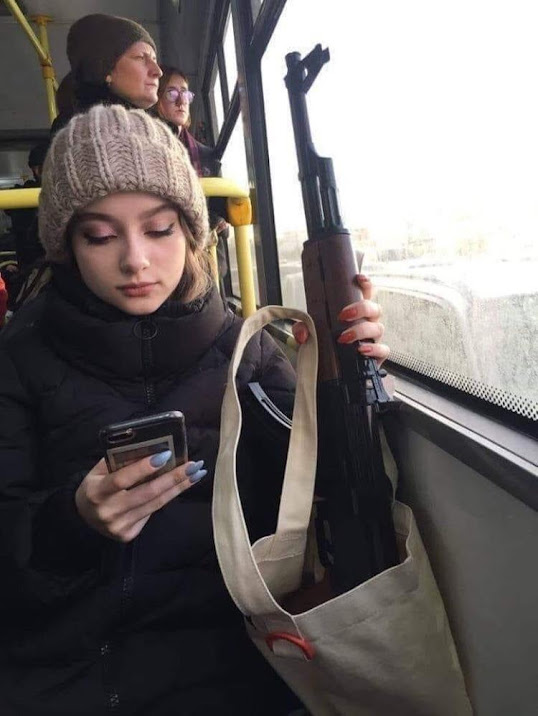 Ya might wanna check that rear sight on your rifle, sweetie. Just looking
at it, I'd say you have it set at 500~600m.

When my Grandad enlisted at the outbreak of WW1, they told the new squaddies that they'd go across the Channel, pound the snot out of the Kaiser, and be back home for Christmas.

When Pearl Harbour was bombed, they said the Jap navy would be on the bottom within the week.

And a couple months ago, the Ukes were telling themselves and the world they would turn the might of Russia back with power grrrrrls like this. Even old grannies and babas would be killing Russian soldiers like gophers.  General Aesop told us the Russians would be in full retreat in two weeks. Now their cell phones don't work, or their plumbing and utilities, and what is left of their towns and cities are being slowly pounded into rubble, as their bodies rot in the streets. These things never seem to go according to plan or on schedule, do they?