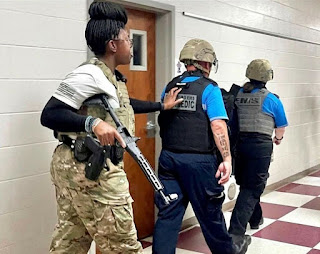 Yesterday I watched a Viking show where half the raiders were women and blacks and chinamen. Apparently the Norse were very multicultural and relied on their women and minorities for strength and leadership. Who’da thunk it?

I think I actually read an HG Wells SF yarn like that. A Victorian era guy falls asleep, and wakes up in a dystopian future where blacks are the police! The horror!!!