King Peter decided to buy one of those cheap little Howa rifles in .223 in an effort to evade rising ammo prices. I can't believe the shite I was seeing at the shop... it wasn't highway robbery - it was highway rapery with a little sacking and pillaging!!!

JFC - one thousand small rifle primers? How does $110.00 grab ya? I stocked up back in the day when Barkie Obutthole was making his run at the Whitehouse... and figured I better stock up on primers because once that jug eared baboon got in... who knew what was going to happen to prices. Sure enough, within a couple years into the Buckwheat Administration... prices began to climb. I paid $35.00/1000 and thought I was getting raped at the time. But I put about 8000 into stores. And I began buying my powder in 8 lb. lots. Nowadays getting the popular powders at all can be a total crapshoot.

Of course they were right out of handguns thanks to Turdo La Doo. You can bet the pipelines for illegal guns into the country are filling up too... and speaking of Canada's swine minister... I noticed something yesterday that made me chuckle. Yesterday I was watching The Gladiator with Russell Crowe in it. The villain in that story was the emperor of Rome - Commodus. 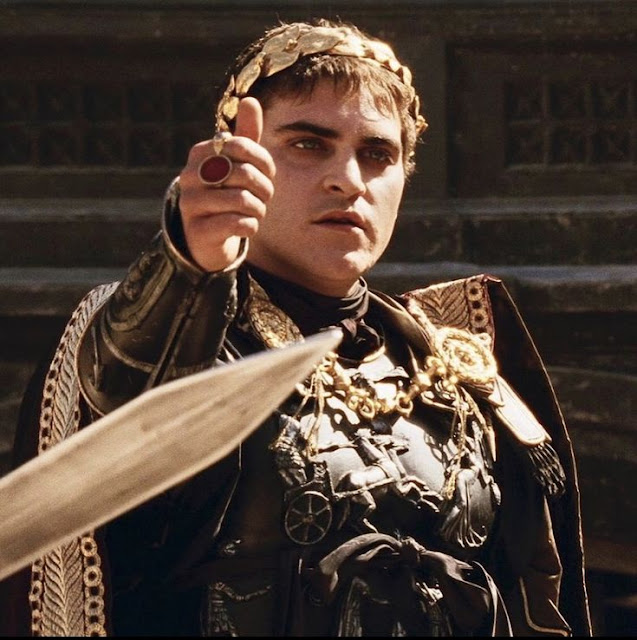 Hmmmm. They are both hair lipped retards, they are both two-bit wannabe tyrants, and they are both whiny little bitches! HAR HAR HAR!!!! And like a commode - they are both full a shit! Turdo's run isn't over yet, but if his story ends with a knife in the gizzard - the comparison will be complete and appropriate!

Pete and I got in a fight at the store - I told him to buy an extra mag, and he starts yammering that all he needs is one. I told him to STFU and threw an extra one in with all the plunder he was buying. "It's $59.00!!!" he whined. "Shut up," I explained, "You should have at least four and better to have six..." But he still gave me grief. "Why would I need six mags...?"

"BFYTW." I explained, using the polite acronym from Busted Knuckles. The gun clerks and wanks all snorted with suppresed laughter and smirked. "What's that stand for?" Pete wailed.

For myself, I found a reasonable price on .243 100 gr. hunting bullets and bought 300 of 'em. That should keep me going for awhile. 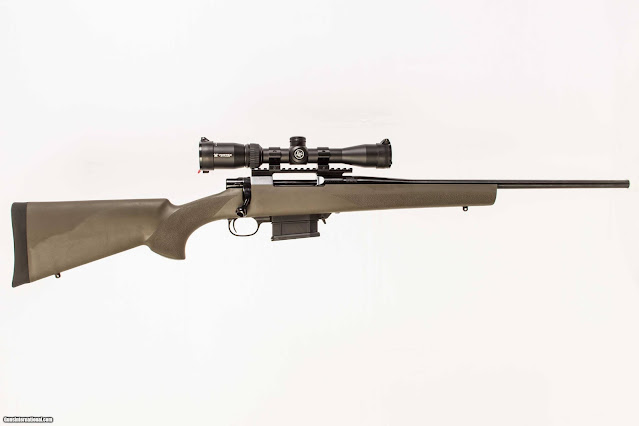 This is Pete's new rifle. It came complete with some unknown
ACME brand of scope - a cheapo 3x9.
This will be a budget rifle and may be built up in time.
Pete's gun doesn't have the picatinny rail,
but rather two direct mounts on the action.

Hmmmmm. This rifle's mission, according to Pete, will be paper punching out to 200 yards at the range. There is a guarantee with the rifle that it will go sub MOA for a 3 shot group with match ammo. I dunno what to think about it to be honest. Years ago I bought the Remington 700 equivalent to this rifle in .308. My idea at the time was to build it out into a "pocket sniper rifle" and that thing was a complete POS right from the factory. That was to be expected, considering what I paid for it. I knew I'd have to do some tinkering and the first thing I did was pull the barrel and swap in a match barrel from Lilja ... but it didn't seem to have much of an effect. Of course the next thing after that would have been a MacMillan bedded and free floated stock, replacement bottom metal and 10 round mags, yadda yadda yadda, $$$ka-ching$$$ ka-ching$$$ka-ching. I was going to be into that thing for at least $3500 bucks and possibly quite a bit more before I'd have that thing shooting to my satisfaction... and I just lost interest in that particular money pit. I was just getting into my fine black powder retirement rifles at the time and had no real interest in a project like that anymore. I am kinda thinking Pete's experience with this might be similar to mine but who knows? He will need a new scope for sure.

Then I saw the fag looking at slings and we got into another punch-up. He was going to buy some unadjustable econo-sling and I flat out forbade it. And that goes for all you tards here too!!! You want a GI M1917 leather sling, and you'll shell out the money for it and like it, damn you!!!! The shooting sling - properly used - is a shooting aid, and is not just for carrying your rifle. The best riflemen in the world are the good ol' United States Green Bean Marines - and they use the GI sling to loop up and blast bullseyes at boggling ranges. If you aren't using one - change that - yesterday! And yes, that is an order! Buy one, and then go on Jew Tube where they even have a vintage Marine training vid from the 40's that will show you how to attach and use them. If you aren't using your sling in your shooting - try this. You will thank me for it later. I will tolerate no snivelling or dissent on this important topic!

If I recall there used to be an old stubfart out there that was offering M1917 leather slings that were even better than the originals... if I recall he used 1" wide straps rather than 3/4" ... but he had a waiting list a couple miles long. He's probably retired now.

We'll be doing a range day next week, where Pete will also wring out a custom bolt gun in 7mm Brenneke. We'll have a range report for ya then! As for me... I have my trusty Ruger No. 1 in .243 and some new bullets to try too. Should be a good time.