Up Your Ass, Stephen

I get Stephen Hawking’s militant atheist mindset. He was a scientist - one of the world’s best… and science and faith are old enemies. But Stephen seemed to have a serious hate-on for Christianity that went way further than mere scientific objections. He was downright malicious with it.

If God put me in wheelchair with a debilitating disease like that… I’d be bitter as hell too. The wife opined that maybe he was put in that chair as a way to focus his intellect on the work he was meant to do - who knows what he might have been had he not been bound to that chair? He might have even turned out to be a stupid old stubfart, HAR HAR HAR! Questions like that go way above my pay grade. Regardless, while I enjoyed Hawking as an author… I found myself taking an intense disliking to him. So it was that I laughed when I saw this one on Blab. 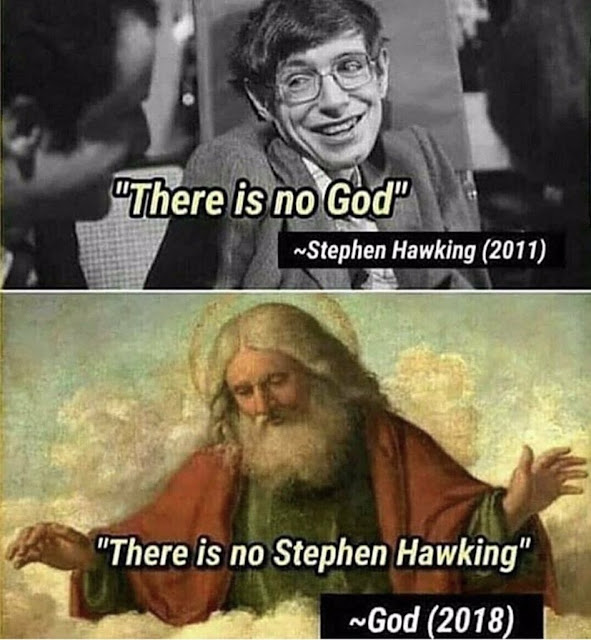 HAR HAR HAR!!!!
What goes around comes around I guess.
Hopefully Stephen is in
a better place.
Posted by Glen Filthie at 06:26