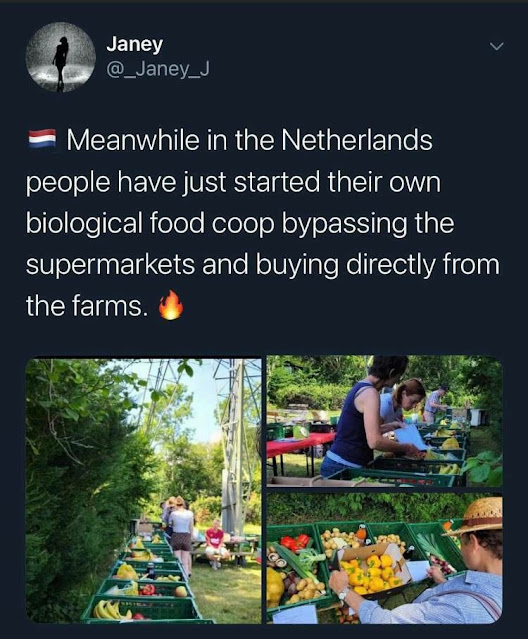 I gotta admit… in the Euro theatre this little bit of kabuki intrigues me more so than the doings in the Kraine. The issue there is not veggies, although cutting out the gubbimint middlemen, gate keepers, and snivel servants out of that supply chain will be frowned on.
What has the ruling class in arms is meat. Cows fart, and that causes worble gloaming supposedly. By liquidating 30% of the livestock it saves The Great Earth Mother and - conveniently enough - allows the gubbimint to re-zone the farms that collapse as medium density residential housing areas. More taxes, more projects and construction contracts for connected friends in industry, moar pollution (don’t notice that, you uppity peasant! What are you? A nazi???)
A popular concept nowadays is the the peaceful establishment of “parallel economies.” Gangster govts will tolerate those that don’t cut into their profits or compromise their various grifts. But like any criminal enterprise they will go after you with steel and lead if you poach on their turf. And this is the hell of that: when you ignore genuine evil like this to avoid a fight and preserve the peace, that evil will grow and spread.
I’d much rather see the Dutch citizens in a firefight than those in the Kraine where we are supporting a govt that makes Vlad’s look like choir boys.
The times are getting interestinger…
Posted by Glen Filthie at 05:27