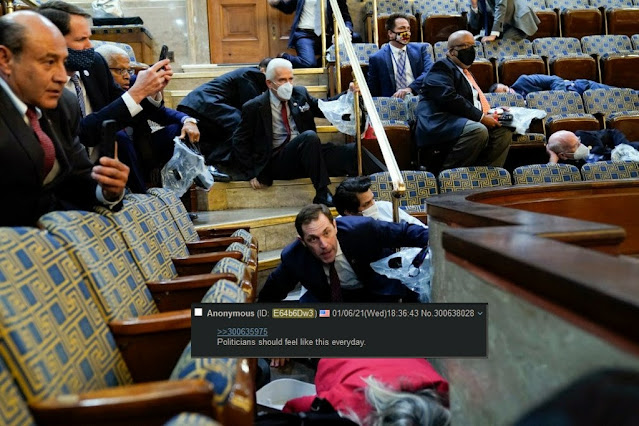 If those morons we elect did their damn jobs, they’d only have to worry about the kooks. Those are the guys they SHOULD be worried about! But in the US, they locked up grannies, tourists and drunks for taking an unauthorized tour of their capitol buildings. Oh…and an unarmed army vet was murdered by a cop in that one, if I recall… right outside that very room if I have it correctly.
Up here in Canada the EstablishMINT is fuming. The courts forced them to finally release one of the trucker convoy’s organizers on bail. Apparently the housewife and (hork, spit) community organizer was actually a terrorist, and couldn’t be allowed out on bail. She was too dangerous, dontchya know. They were also forced to release that preacher that refused to lock his church up during the chinkpox gong show. Yup. Domestic terrorist, that one. Pull my other finger, fellas.
The other day on Blab, Joe Biden put the fear a Gawd into everyone with a stern speech where he said something to the tune that “you can’t support the cops AND those filthy protesters at the capitol buildings…!!!” I’m sorry…but I just laughed at that old goof as he put on his angry face. No shit, eh, Joe?
Just listening to that stupid old bastard… I felt an overwhelming urge to light a bag of dog pooh on fire, leave it on the Whitehouse steps, ring the doorbell and run away… 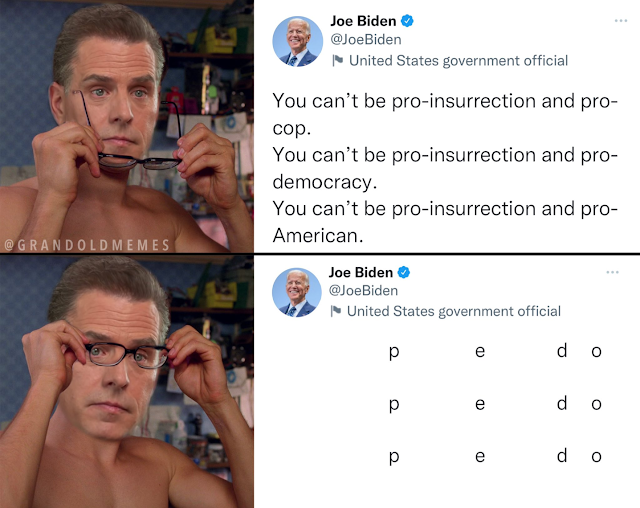 There comes a point where ya just gotta disengage. These guys are unhinged, and if you take them seriously and try to be civil with them, they will make you unhinged too. For now we can just agree with them to shut them up and do our own thing, I suppose.
But I will not fear them or serve them.
Posted by Glen Filthie at 02:00