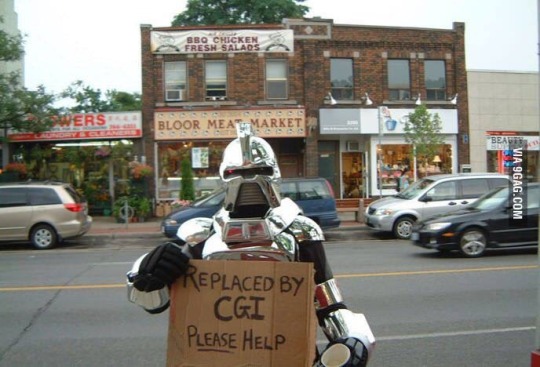 When I was a little guy I really liked Battlestar Galactica with Lorne Green in it. The Cylons ran around in rubber boots painted silver and hockey gloves. Didn't bother me at all - kids can suspend disbelief for a good fun yarn. That was the market the show was aimed at.

I gotta admit I liked the second updated version - although it was dumb as hell too. They "grew it up" a bit because I think the kids today are more sophisticated than we were back in the day. I dunno if the CGI bad guys were any better or worse than the steam powered analog ones though.

But the world moves on, leaving the angry filthy vagrants and bitter centurions behind. Such is the way of things.