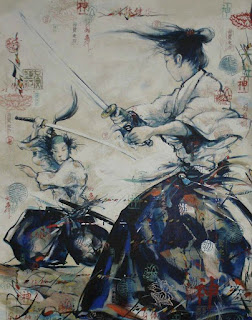 The Japs are considering national re-armament.

There is something shameful and humiliating about being disarmed. But I suppose they deserved it after Pearl Harbour, maybe? There’s a lot I don’t understand about that event or the Japs themselves.

If I understand them they had rules for combatants and warfare and that the sneak attack would be at odds with those honour codes?

I hate to say it but any country relying on the States to assure their security right now…is bananas. (Yes that includes Canada). America has become fond of fighting through proxies, and often regards those proxies as disposable and expendable. Japan would be nuts to let itself be used by America against China the way the Ukes are against Russia. America couldn’t afford to support them the same way even if they wanted to. Or am I missing something? I saw something interesting on Blab: if you took the amount of money Trump wanted for his wall with Mexico … Biden had spent 15 times that on his war in the Ukraine! And he’s losing.

Based on what little I know… if I were Japanese, I’d want my own military to be as independent and strong as it could be, because the stuff they pulled in China, Korea and half a dozen other countries during WW2 had instilled some real blood debt.

It makes the mind wobble: after WW2 the German Nazis became the world bogeyman for allegedly murdering 6 million Jews. The Russian socialists murdered millions more and got a pass. The Japs depopulated entire Chinese cities and families… and Obutthole bowed his skinny noggered ass to them and apologized for nuking them half a century later. You can’t run a country like this, never mind an empire.

There are times, given current events, where I wonder if the wrong guys won WW2…?

Yes I think I’d rather be speaking German right now, come to think of it…
😆👍