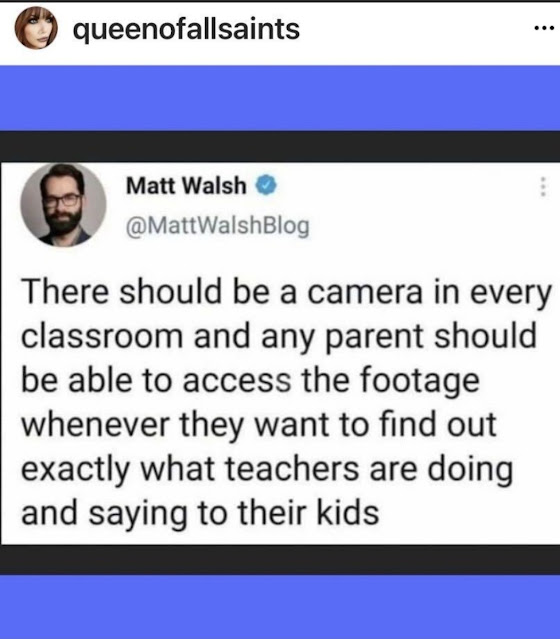 I don’t pay much attention to the domesticated, controlled opposition voices like Ben Shapiro. Or the shout show hosts like Crowder. I favour the crime thinkers that are so intelligent, they can say what they think and see, and present it in a way that the scolds and censors can only fume and seethe about it. I dunno where where Matt Walsh fits in with all that… but he hit it out of the park with this.

For sure… we gotta keep tabs on the public school teachers. There’s just too many perverts, socialists, cretins and pooch screwers among their ranks to trust them. But…you could watch the kids too, and see what your own little bundle of joy was doing in class.

I hate public school teachers. I had no use for them as a kid, and as an adult I’d bust their unions and fire the lot just for gits and shiggles. But…in all truth, that is a damned tough job. The kids are only half their battle; the parents are the other half. Teachers are only part of the reason our public schools have failed.