Hmmmmmmmm…. I am in no position to fact check these, but via the little birds that whisper in ears: 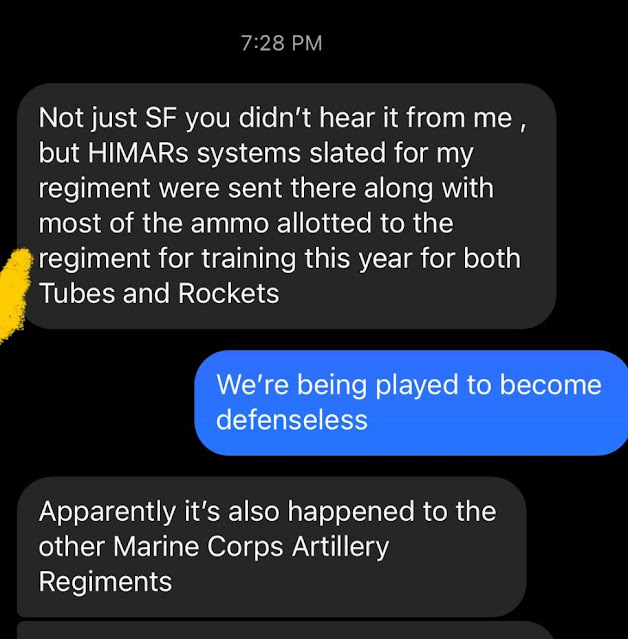 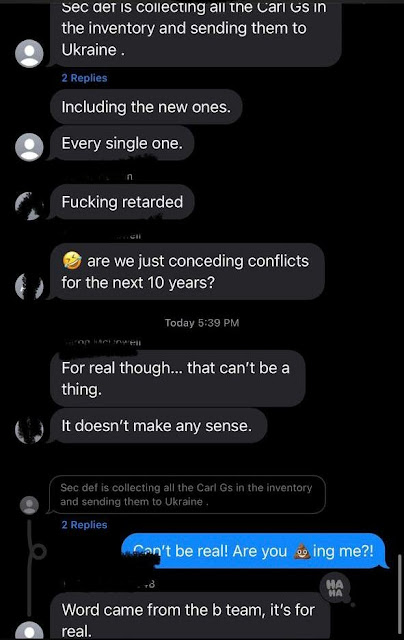 There’s more like this on the back channels. For what it’s worth, Other scuttlebutt has it that the Ukes are selling the gifted weapons that don’t get blown up or captured by the Russkies.

Is any of it true? Welp, if ya did ya homework yesterday, and watched the videeyah recommended by Matt Bracken and Yours Truly - the fellas were saying that the Russians are expending ammo at unheard of rates. According to them (and I’ve heard this confirmed) - the amount of artillery ordinance expended in the last Gulf War - is equivalent to the amount of ammo consumed by the Russians and lobbed at the Ukes every day in the ‘Kraine.

If true these shortages will probably extend to other ammo types as well. Get ready for another ammo shortage, fellas. If you haven’t already, stock up NOW. Better yet, get a reloader and start hoarding components.

I’m hearing that America’s strategic oil reserves are seriously depleted as well. At this point, it’s obvious that the children and lunatics are running the show.