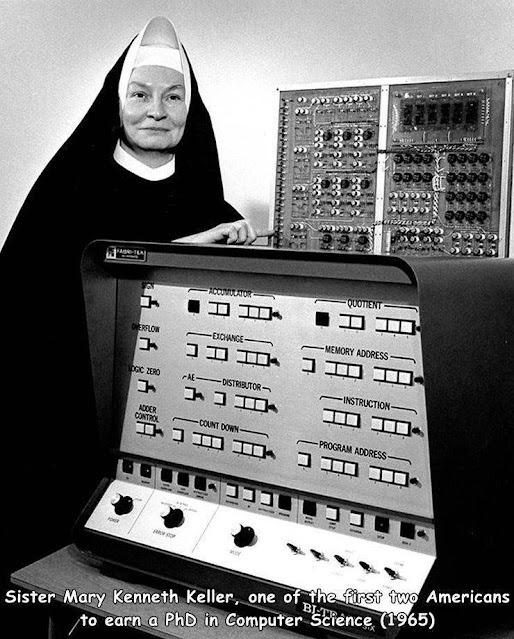 I’m not a computer geek. I don’t fear them but I don’t trust them either. They are one hell of a teaching aid. Back in school, Hewllett Packard was just getting knocked off the throne as the king of programmable calculators. I heard horror stories about programming the HP’s. The early computer languages were not user friendly; you had do know a lot about how computers worked before you could speak their language.

My dream machine was a SHARP (are they still around?) and I basically put myself through school with it. It removed the need for math from engineering. But you could only program the calculator if you knew how to solve the problem. That meant more work but I thought it was fun; I finished midterm exams in as little as 15 minutes and that was because I had to show my work and write everything out. One of the games they used to play was to throw us problems with incomplete data - and we’d have to derive the missing info, and plug that into the main problem to solve it. The way they set that up was diabolical; it sounds simple but the way they worded the problem confused and hid the trap. Once you were on to what they were doing, it was all quite easy. Or so I thought…once they left out the problem parameters, and I had to derive the variables needed to solve for variables needed to solve for the variables in the main problem. Most people would learn the material and chug through the problems…but I took extra time to teach it to my calculator … and teaching is one of the best ways to learn.

Which kinda puts this lady in perspective. She had no easy-peasey computer languages like I did. She had to learn how her machine worked and “thought”. Then she had to understand real world problems and develop ways to present them to the computer in order for the machine to work. Digital technologies would have been in their infancy in those days.

The problem with such copious learning is that it is possible for humans to be educated beyond their intellect. Like a computer, they have the hardware to grind through the problem, but the software gets buggy and poop-loops set up as contrary semantic operations start up, and they struggle with real world paradoxes that can’t be solved by limited their hardware or methods. Impossibilities, irrational numbers and operations are invented to accommodate them but the system crashes as all these asymmetric inputs and operations only produce more gobbledegook.

We end up with stuff like warble gloaming, fake pandemics, 72 genders, institutionalized racism, and peer review consensus science. We end up in a world where anything goes except God and common sense. The woman in the pic above is truly an astronaut. She understood the limits of her tools, and used them in a Godly way. When they were inadequate to the task, she would have to set them aside, and do the thinking required to make new ones. Nowadays we try to make our tools and concepts do things they were never intended to… and we are driving ourselves insane because we don’t get the results we want.

One of the few things our ruling class gets right is that we need a reset. Of course, they don’t understand that they will be part of the dead wood detritus that has to be swept away. I dunno which is worse: faith without science? Or science without faith? Like the scientists, our faith leaders are going off the deep end too.

Find your tribe, and prepare.