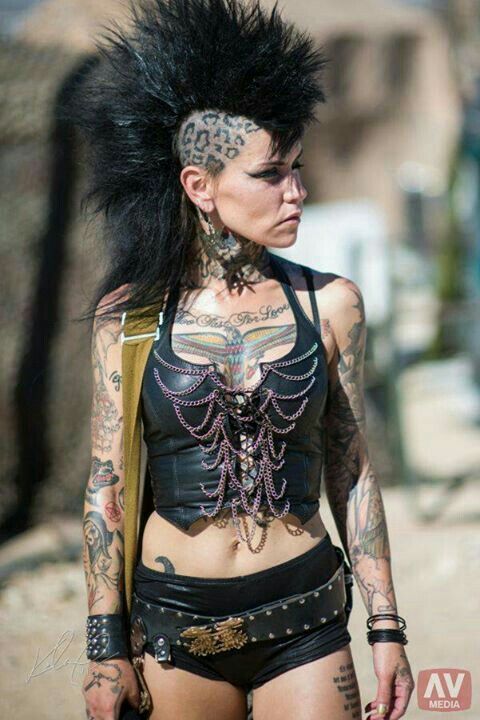 The freaks no longer shock or outrage me anymore. Every second kid has face tats, or a ring through their nose or lime green hair. If I saw this chick on the street, I’d start looking round for that dude in the goalie mask, with the scoped .357 and assless chaps. Wouldn’t be surprised to see him either, these days.

Are sanity and lunacy separated by a wide gulf of varying shades of grey, or is it a sharp, defined line that can be cleared with one stride?

On Blab, Matt Walsh was interviewing a doctor that did sex changes on kids. She had the technicolor hair and bearing of the enlightened socially just warrior-clerics of our day. Matt is a conservative performance artist and right away starts asking pointed questions about chemical castration and the ugly aspects of what it actually is that she does.

She shuts him down right off the bat, claiming that he “isn’t framing the issue properly” with his choice words and language. So Matt digs out a dictionary and the dog-and-pony show starts: Matt is in the dictionary while the green haired dyke claims that words don’t mean what the dictionary says they do, and the whole thing degenerates into a clown world shit show.

It’s all so tiresome.