The New Dogs Of War

Last night Mort began pacing about. The wind had started to blow up, and he had to go outside to do his business. So I dragged my carcass out and took him downstairs to let him out. He got two steps out and some silent lightening lit up the raging clouds a few miles away. He turned about, saying the dawg equivalent of, "Nope! Nope, nope, nope! I will just poop in the house, thanks..." I planted myself in front of him and told him he wasn't getting back in until he did his business. The far off lightening lit up the house like Dracula's castle... but no rain or thunder. I spent half the dawn trying to convince that craven dolt to do what had to be done when I could have been snoring and farting in bed! I hate to say it - but it is time for a replacement! I will have to build my deadly K9 Crime Fighting Team back better!!! 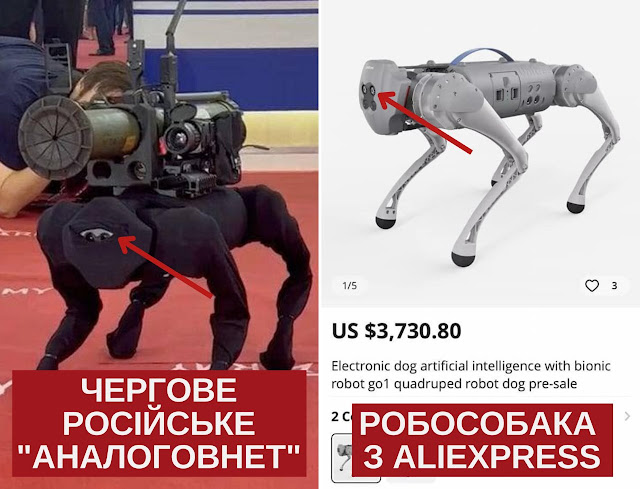 Holy rubber begonias!!!! Don't anyone let General
Aesop see this!!! He'll be stuck to the ceiling all night!!!!

Hmmmmmmmmm. Obviously that thing is junk with one caress of the trigger on a 35 cent round.... but then you have a scrapped robot and worse - live munition on the battlefield. Possibly nigger-rigged with a proximity fuse. That was what I'd do if I were the Russkies. Go ahead and send the bomb squad out, guys!

But... on the other hand it wouldn't be afraid of weather, smell like a goat's arse, drool, and wake you up in the night for bathroom breaks and treats.

Bah - I think I'll stick with Mort for now.

There's just too many things a robot can't do.