The cool kids call it “anarcho-tyranny” and the way it works is that if you get mugged, robbed and pounded, the cops show up, take a report… and nothing much happens. But by Godfrey, if you run a red light or get caught on photo radar… the ticket is on the way! They know exactly where you live and how to get to you. Or the govt wants to grab your guns, and they know exactly what you have…but the second some two bit thug gets one and goes around committing crimes with it…well we have to respect his rights and cross all the t’s and dot all the i’s, fill out forms in triplicate and get an act of parliament and God before the police can arrest him.

100 Current Things ago, there was that Zimmerman case. Supposedly Trayvon Martin was an innocent 5 year old niglet with a dime in his pocket on the way to the candy store. He cut through an affluent white gated neighborhood where a 300 lb. white supremist by the name of Zimmerman - shot him dead with an AR15.

A week later we learned that Zimmerman wasn’t a 300 lb. white supremist. Or white. Two weeks later we learned it wasn’t an AR15 that was used - it was a pistol. A month later we learned that Trayvon Martin wasn’t an innocent toddler, but a young man with a rap sheet two miles long. 6 months later we learned that Martin attacked Zimmerman and was shot in a clear cut case of self defence. Two years later, we learned that the community wasn’t for affluent whites… but just a regular middle class neighborhood. They’d gated and barred their community because petty crime was running rampant: break ins and home invasions had become daily events. Vandalism had gone through the roof. Moms couldn’t let their young ones out to play, because some nogger would try to sell them drugs or abuse them, and the playground had become an open air drug market. The cops were useless… and the neighborhood was trying to lawfully protect itself and clean itself up.

For me it was one great big fat red pill: the community was being lost to diversity, and the institutions of the judiciary and law enforcement were actively involved in trying to destroy it and the people that lived there. And the press was trying to cover it up. Nor was it an isolated case.

I used to believe we needed capital punishment and extended powers for the police but now I am just dead set against all that. I have more faith in the law abiding gun owner than I do in the courts, which are now infested with shitlibs, jews and affirmative action flunkies.  Add to that… now Biden and his Donks are using their fake law enforcement agencies to arrest and harass political opponents. Turdo La Doo is doing it up here in Canada too. The guys are making their move. They’re going there.

So that’s the way of it, I guess. I remember a time when, if the cops banged on your door at 3:00 am, it was because something awful had happened, or they needed your help in something urgent and you’d invite them in, put on the coffee and see how you could help. 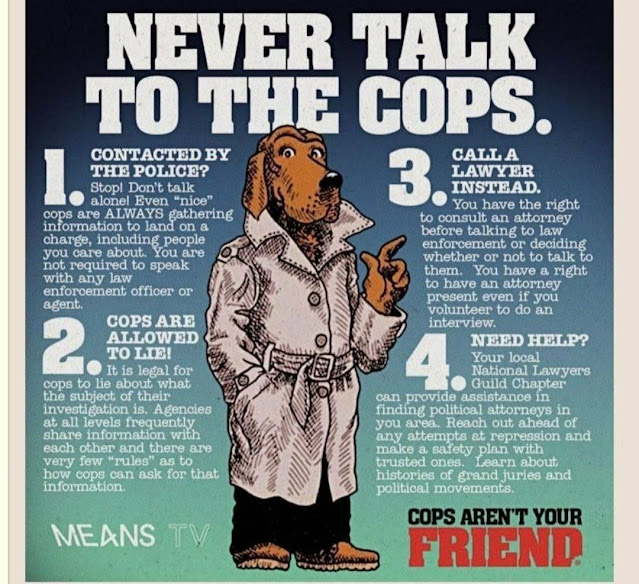 The rate things are going, when dealing with the anarchy-tyranny state… it will become a case of shoot, shovel, and shut up…