Pa Filthie got his hip done yesterday and was not a happy camper when he came out of the anaesthetics and pain killers. Pop has always had problems with medications, and apparently he was disoriented and confused. He was in his own private drug induced hell - and was convinced he had to get up and go to work… and he got in a fight with the nurses and almost tore his IV’s out. Big Bro and Mom were there, and apparently he gave them the business too.

One of the the advantages of acquiring faith is that it makes it much easier for you to step back from family shenanigans like these, be a bit more impartial, and even find some sympathy for characters you otherwise might not. Mom is back to being awful again… but she is under a lot of stress from Pop and her own self-imposed ideas of how the world should work. I can help her with the small stuff, and if she needs help with bigger things… she knows where I am. Big Bro is on the scene, and he is perfect just like she is… so between the two of us mom will be okay.

I am looking after Pop’s K9 cohort… a yappy, happy little pocket dawg. He barks at everyone not because he is an ankle-biting little turd - but because he is happy to see you! Right now the poor little bugger is worried about his master and doesn’t understand what’s going on. He’s an interesting soul… he has the heart of a lion, the bladder of a race horse, and he poops like a parakeet. 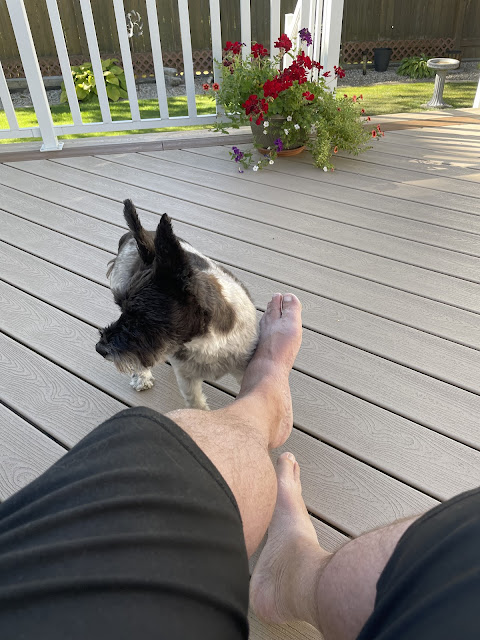 Right now, Pop is in a holding pattern at the hospital…
and so it goes for we, his loyal servants and retainers.

I intend to remove myself from the family drama as much as possible, while helping as much as I can. When I am not busy with that… I will be down in the Reclusium trying to breathe life into my monsters. Right now I am jammed up with assembling the bird, testing everything for fit and balance - then taking everything apart again to make alterations. The hours pass un-noticed as I fart about reciting magical incantations and four letter words. 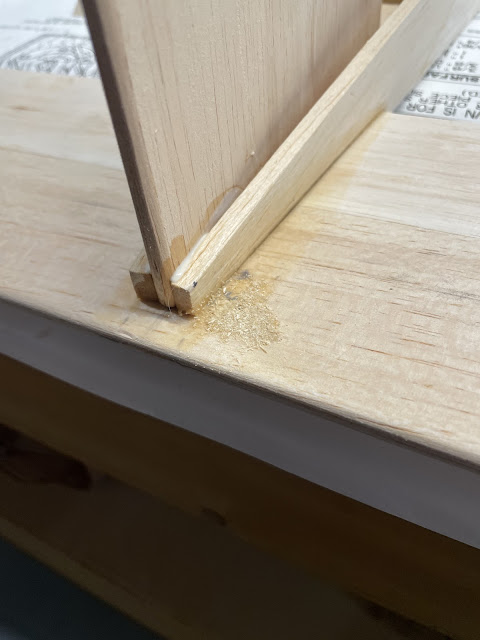 I had a chip-out and then a chimp-out!
The damn CA runs everywhere and glues to everything - whether it should, or shouldn’t!
I made a filler out of PLA wood glue and saw dust.
I will bugger around with this and get it smooth again. 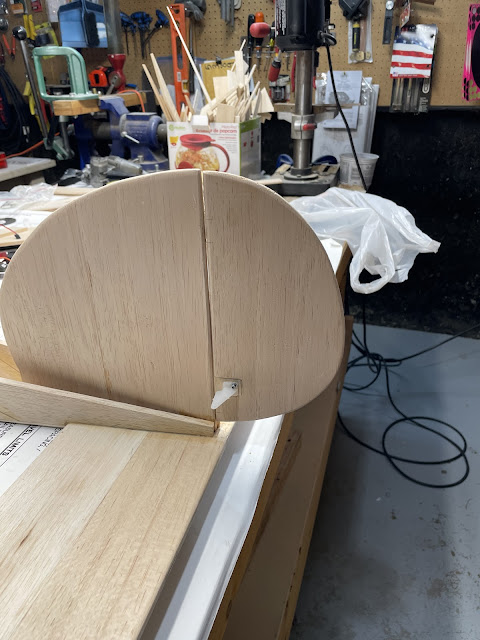 The lines and curves on that rear end are
poetry in motion.
God may have made birds… but His children have made airplanes,
and they are almost as beautiful.
Structural components bend and flex, and download onto
stronger members that don’t. Mastering the interplay
between stresses and structure  are proof that we are
worthy of our Maker, and that He doesn’t ask for anything
from us that we cannot give.
Some of the stress and worry are getting through to me a little bit too, I guess. I hadn’t been sleeping for  a few nights and I had the same dream: I found myself in the middle of a bright, sunny, early spring day. I am chest deep in ice water but not cold. Around me is nothing but sunshine, melting snow and ice. Then, out of the murky depths of the water… a corpse floats up and at me. I am not panicked or repulsed… but I push it away…and wake up with a sense of mild worry. Like my gut or subconscious are trying to tell me something. It’s probably nothing - just my normal psychological problems, HAR HAR HAR! Probably from huffing too much glue in the Reclusium.
Remember Tester’s model glue when you were a kid? Man… that was the good stuff! It even smelled industrial and made model building serious stuff when we were kings kids. This modern CA is awful: it literally hisses and smokes and sets instantly… and smells awful. and There is something inherently evil about that… 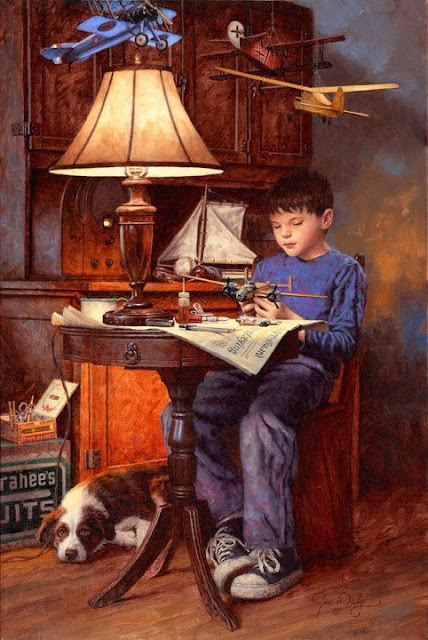 I did sleep last night though. No corpses, ice water, or lonely nocturnal vigils. Now - if you’ll excuse me… I need to do a dawg patrol, check in on mom, and do some chores. I hope you all have a wonderful and short workday… and that you have a great weekend lined up.
Thanks for dropping in to listen to me ramble.
Cheers!
Filthie
Posted by Glen Filthie at 06:00