A Case Of Mistaken Identity?

Previous to the Turdo Gun Bans (which our faggot faced prime minister can shove up his scrawny fwench ass - HARRRRRUMMMPPFFFFF (please pardon my fwench))... we used to see the odd Finnish Sumoi turn up on the surplus gun racks round here. They weren't common, by any stretch... but they are were around in very small numbers.

The other day in that pic with the girls posing with the Soviet squirt guns - I just assumed they were Soviet PPsH'S: 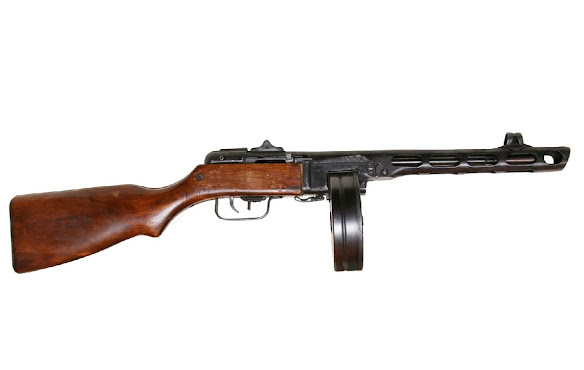 A sharp eyed guest suggested that the Russian was actually a Finn! And... I think he's right! It's tough to tell by the vintage photo but I am calling that one for the Finns. Experts and retards alike are encouraged to refute my scholarly take in the comments.

Sorry for the gong show everyone! And a note - if you see something wrong around here... it probably because it is! HAR HAR HAR! Thanks again to that anonymous poaster who took the time to straighten us out! We take guns and flatulence very seriously here at the Thunderbox, and cringe at the idea of our sterling reputation and intellectual authority being besmirched!