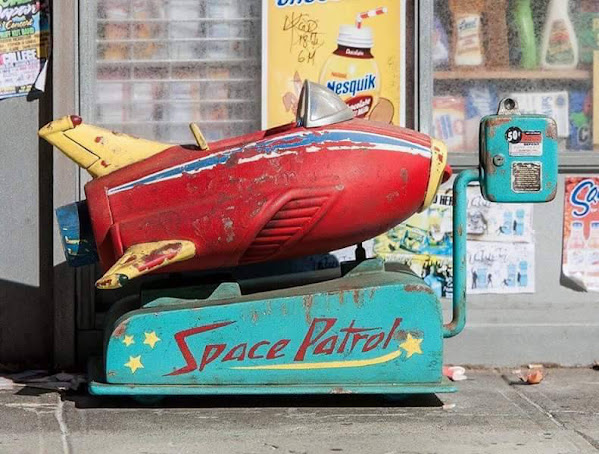 Y’see everything under the sun on JewTube. Remember those stupid plastic models ya did when you were a kid? They’re done by grown men now. The guys have ventilated paint booths, air brushes, jeweller’s tools, riffles, tweezers, and paints, adhesives, texturing tools and brushes that would cost a small fortune. The big thing for them is detail. If they’re doing a war bird for sample, they paint and detail EVERYTHING. The hydraulic hoses. The oil that leaks from the fittings. The scuffed paint. The rust. The carbon from the machine guns and exhaust. I wonder if they go overboard with it sometimes? The weathering looks right on, say - a period authentic model of a Corsair fighter plane that was stationed at an airstrip in the jungle islands of WW2 where everything rusts and rots no matter how well you take care of it. But I see the fellas doing that to modern airplanes like the F-18 and I wonder… do they get that beat up and run down? All the jets I’ve seen look well maintained….? When these guys finish up the planes look like this old fighter here….
Today I start skinning the Turd Bird in earnest. I am not good at it, it’s my first serious attempt at this… but the ride is almost over. I may be able to get it into the air by the time the snow flies. Pics to follow. I have made mistakes of the face/palm variety… but that is part of the learning curve. I’m watching experienced RC plane builders on OyTube doing much more elaborate builds…and they goof up too. It seems to be an endemic part of the hobby… screwing up… and then trying to recover or work around the FUBAR.
I hope your Monday was tolerable, and that your workarounds are small and insignificant. Thanks for popping by.
Posted by Glen Filthie at 10:30