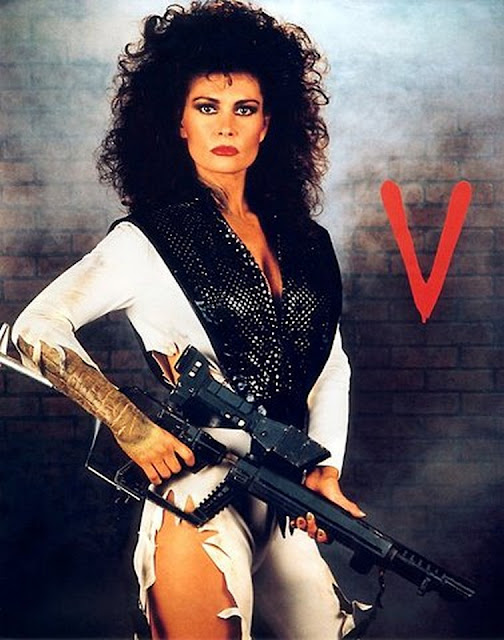 I fell in love with this chick back in the 80s. In the story this hottie was throwing a party for the other lizard people and instead of steaks and lobster… they were serving gerbils, gophers, chipmunks, budgies, and other toothsome tidbits. The dead critters were all laid out neatly and the guests would munch on them as they schmoozed. The premise of the show was that all the earth’s most elite and powerful leaders were actually eeeeeeeeeeevil lizard people disguised as humans. I can’t remember much of it… but I think she was the Lizard Queen who made a habit of seducing her human boyfriends and then eating them after she got bored with them.

Of course the whole thing is ridiculous. The world is actually run by creepy jews, pedophiles, queers and other jacknasties. If evil aliens came to earth, that lot would probly eat the aliens, HAR HAR HAR!!! And of course, that fag Aesop would line up behind the pedos, and I’d align with the aliens and a second blog war would open up!