I TOLD Ya So

Not Joe Biden, Justin Turdo, or the leaders of Europe. Not their entrained fart catchers in the military or intelligence services. Not the jews that run the mass media. Not even General Aesop with his oh-so-witty home made memes… 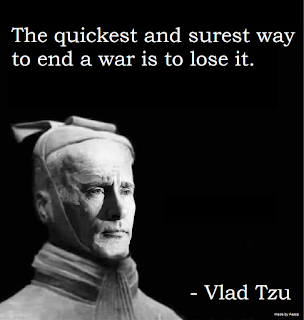 A smirking Russian General quipped that Monday in The Kraine will not start with coffee today.

How Monday morn started in Keev
and a dozen other cities in the Kraine.
Electricity from Poland into the Kraine is cut. Precision strikes on Uke power plants. Communications, long range weapon emplacements, command structures knocked out. Lamel (a high profile Ukrainian cosmetic company) publicly and corporately gave the thumbs up on that terrorist attack on a Russian bridge on Putler’s birthday. Today their main warehouse is smouldering ruins. Zelensky is gobbling in fright and telling everyone to seek shelter and stay there.
And it’s not even coffee time yet.
Not bad for a mob of half trained, vodka swilling defeated Russian peasants, eh? Sigh. The question to western intellects and tacticians like Joe Biden and General Aesop now is…would ya like some more…?
Or would ya like some more?