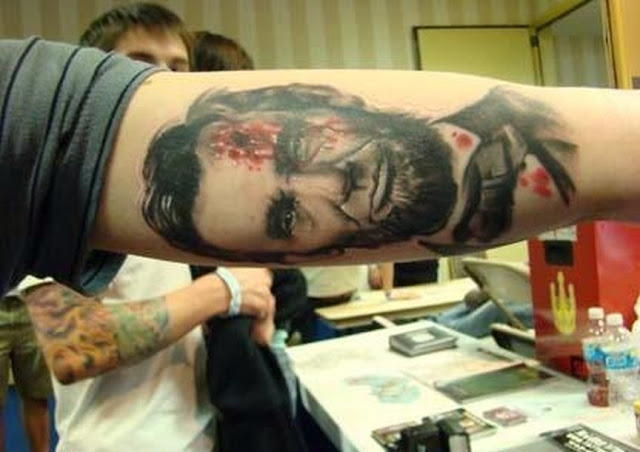 Do they have one more current?
Like in a Obutthole or a Biden?
Pass. 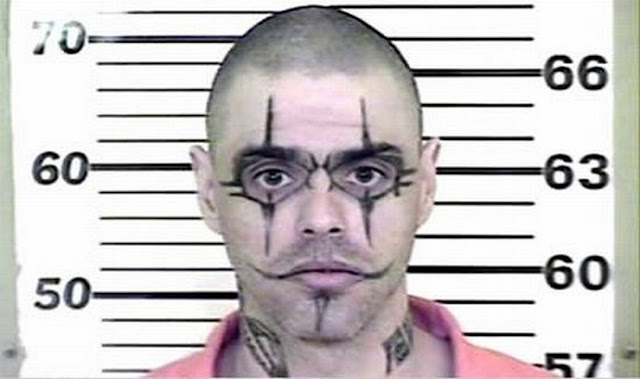 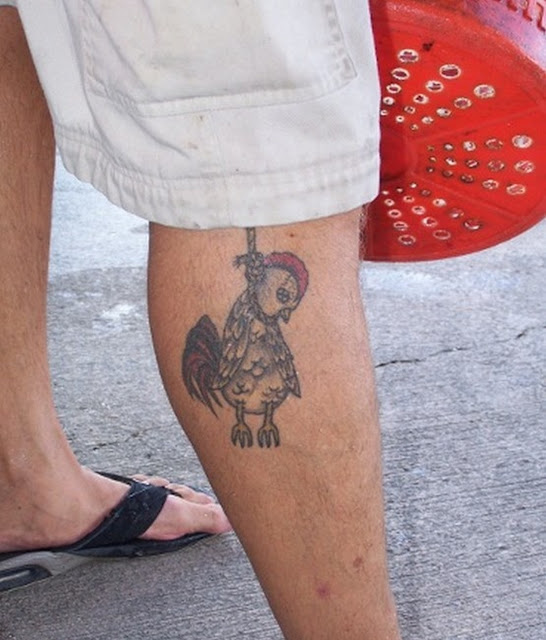 👍👍👍AWESOME👍👍👍
And Quartermain has one of those 4 coloured Bic Pens!
This’d be a cinch for him!
For the right bubblegum cards
and some high end comic books - I too can join
the tough cool guys of the tattoo community!
This fag wears sandals. I’ll wear
Crocs!
😎 👍
When I as a wee tardlet, the dream weavers down at the 7-11 hit upon a winning formula: petrified bubble gum and sickie-lickie-stickie tattoos. They sold in packages resembling bubble gum cards and they were so hot, the store couldn’t keep them in stock. The clerk almost had to call the police one day when they sold out, and a swarm of snarling pre-pubescent disgruntled tardlets began to form right in the store. Even the girls were livid. And the lick-n’-stick tats? Those things were damn near permanent! The girls got the ones with  pretty ponies, colourful birdies, flowers and ladybugs. For us guys there were gruesome monsters and Rat Fink style cartoons.
That was the straw that triggered the great Mom Revolt in ‘74. Ya see, the new 7-11 store had become a social hub for us kids. They sold cigarettes to kids if they had notes from the parents. You can imagine what the older kids did with that. Skin mags were out front on the rack where filthy little minds could could be corrupted. And when the little girls came home with neck and face tats…the moms hit the roof. Soap and water wouldn’t take them off. Household cleaners wouldn’t touch them. My dad figured he might have the solution when he hauled me out to the garage and tried varsol and some other mild automotive degreasers. A wire brush would work but abrasives tended to take the skin too. Scandalized moms had three choices:
- leave their tardlets at home on church Sundays
- put up with them for the two months it took for the tats to wash out (during which time the retarded child often refreshed his skin with new ones)
- organize a formal protest against 7-11 locally and corporately and bitch to the skies with shrill histrionics, clucking and egg laying
Well, ya just KNOW what they did, dontchya? 7-11 got the very HELL of it! Moms in other towns went after them too.All the skin mags got pulled from the magazine racks and put behind the cashier out of reach of curious little customers. Bubblegum tattoos were banned. Cigarettes were no longer sold to minors. Older kids that dealt in drugs were harassed and arrested by the cops who could also top up their coffees after some easy arrests. The place went straight to shit! Thanks, Mom!!!
😡
But 7-11 didn’t go quietly. The next craze was bubblegum stickers. Some of us kids actually had cool dads back then, and mine had just bought this big, heavily muscled gas gobbling whore - a minty ‘69 SS Chevelle. There was a very small, lame STP sticker on it.. and I had a pack FULL of awesome stickies. And - they used space-age adhesives that NASA used to repair its space suits. Nothing short of gamma radiation and road rage would take them off. I opened up the package, threw the petrified gum at a passing sea gull… and went to work. I had to break open another pack for the interior… but Pop was worth it! Or, so I thought at the time.
The dads weren’t smart enough to organize but they were mighty handy with improvised weapons like leather belts and wooden spoons. I learned at a very young age that following the herd often led to very bad things. And you sure as hell wanted to avoid the cowboys and cowgirls that rode with the herd.
Maybe I’ll just pass on the tattoo thing altogether…
Posted by Glen Filthie at 02:09