Look folks. This isn't rocket science. The man is right: Russia would never blow up its own pipeline. Anyone that says so is an idiot. No - we have no smoking gun evidence. And no - it isn't Poland either.

Think. Poland would NEVER do something of this magnitude unilaterally on its own. None of the Euros would. Hmmmmm. That would leave a culprit that WOULD act unilaterally, and the perp would almost certainly have a history of doing so. How many countries does that leave?

I read the other day that the pound sterling and the Euro are in full collapse. Britain was bragging it had just elected a strong empowered woman for Prime Minister…. Who’s since turned out to be yet another chicken headed bint. Germany is starting to smell Weimar-ish again.

I ain’t gonna point fingers but we all know who dunnit, with a 95% certainty… 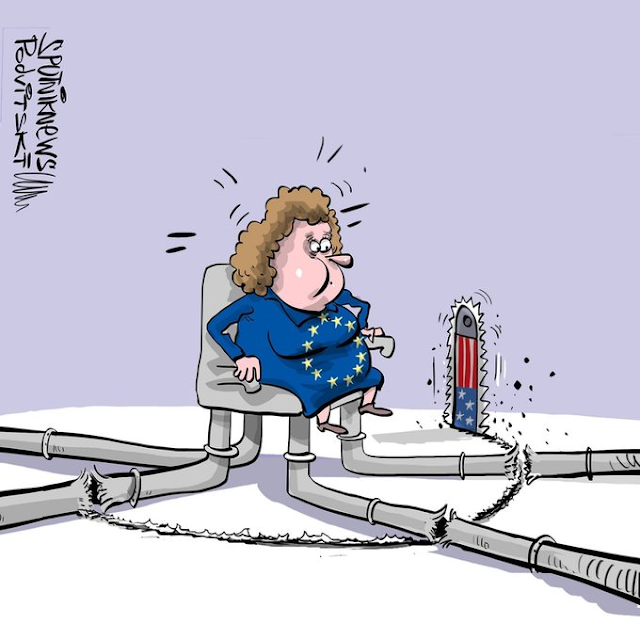