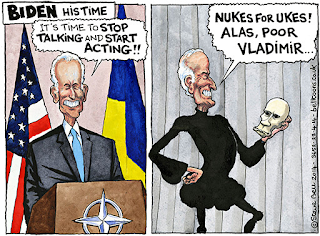 The usual suspects are claiming that “Putler is threatening to use nooks!!!!1!” Then they start thumping their chests and bragging about how sorry Putler will be when the righteous American ICBMS start raining down on his Russian ass. Fuggin Zelensky just asked Creepy Joe to nuke the Russians for him and start The Big One.

I’ve only seen Putler address this issue twice. Once, he said, basically, “If you go there, so will we…”. Another time, he said (bluntly) that “WW3 will not be fought on Russian soil”.

It’s getting so ugly out there. I don’t get it. 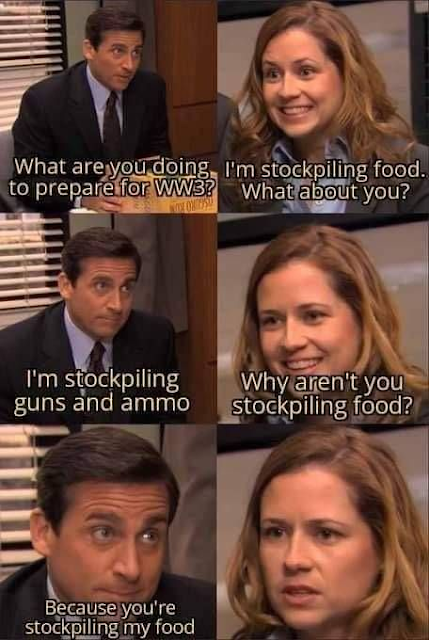 I’ve actually heard people brag like this. Years ago du Toit was talking about the SHTF and being able to raid for supplies off those lesser prepared and armed. I wonder how that geriatric, myopic fat old prick feels about that one now? HAR HAR HAR! Time changes everything.

I don’t think we’ll see nukes. Somebody would put Biden in a home, or put a bullet through him first. The real survival strategy right now is how to rebuild our communities and take control of them away from the people that want to destroy them. And that pretty much rules out “diversity and inclusion”. There are people we need to exclude from our communities and families. They are the kind of folks how are always unhappy and want to make others unhappy top. Some want to kill you and take your stuff and they aren’t shy about it either.

The Post-America world is going to be very different from this one.