Well thank goodness! Mom survived the deadly Covid Monster. She had the flu for a couple days and got over it. They are letting her back into the hospital again. I’d heard Pop got it too, but somehow he survived as well. Thank heavens for the dancing nurses and all the other heroes-that-don’t-wear-capes! And, of course - the vaccine!!!! Errrrrrr…what’s that awful stink coming over my blog? It reeks in here!!! The thespians all said their lines, and played their parts…and in the audience, I spilled my popcorn, snored, and farted in my sleep.

I don’t get it. Stuff like this used to pish me off. All I can do now is marvel at my newfound serenity. I try to make the right noises in these dramatics but don’t put any feeling into my role. Mom told Dad about putting little Sammy down, and there were tears. I cannot share them, Mom is Dad’s problem and he wouldn’t deal with it… so this is where I watch people who wouldn’t hear me suffer the consequences. I’ve learned that saying “I toljya so!” is only a good way to make folks mad. And to be honest, I had my share of those moments too. Everyone does. I’ll be as supportive of them as I can, but… the piper will be paid. You don’t want to be around when they are settling up either. I think maybe Pop wants to die now…but I may be wrong. It just seems to me that the fight’s gone out of him. The fall has changed him. The roles of the characters in my life change as their journeys change. I say my lines as best I can. 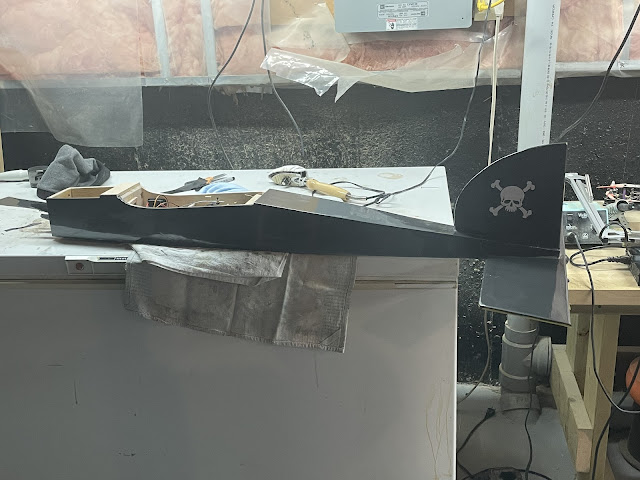 The Turd Bird is a disaster. I’m careful not to get too close with the camera, the covering looks like it was done by a harelipped retard… maybe because it was? 😆👍 HAR HAR HAR!!! 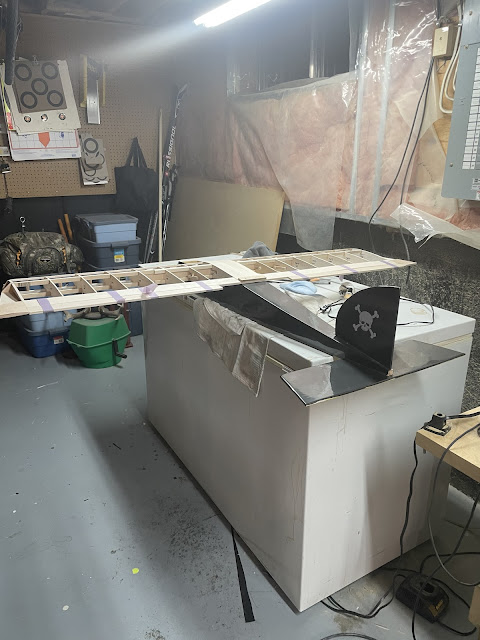 It’s just as Cederq says it is: it started out awful, but got much better as I moved along and got an idea of how the monokote covering works as you apply the heat. I really liked the Jolly Roger. The wife bought a cheap hobby CNC cutter from Costco (called the Cricut) that can make adhesive decals. I don’t think she was very impressed but I just cackled with delight. In a year’s time (assuming it flies and survives) - the thing will have tatters and rags flapping off it as it snarls through the sky! The geezers at the club will cower in terror as The Ghost Of Stubfart Airfield takes to the sky! Covering RC planes is all about technique, and I learned a lot from my first go at it. The CNC Cricut would make a great gift for the arts n’ crafty ladies too. It can do stupid jobs like this, but it can also make fancy greeting cards and embossing and personalized stuff too. Your imagination is the only limiting factor and they are only a couple hundred bucks. The wife says she wished she’d bought the bigger one though.

Flapz is doing RC now too. He is up to his ears in a monster truck build and I never gave that stuff much thought. 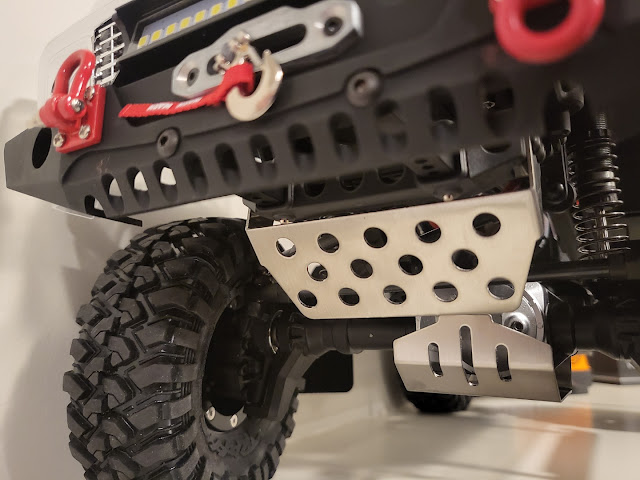 His stuff is all nuts and bolts. Like a real vehicle, you can get accessories, options, different motors, winches, etc etc. It’s a little bit bigger than the Tonka toys we played with as kids… but the thing will look beautiful sitting on the desk or on a bookshelf when it’s done. 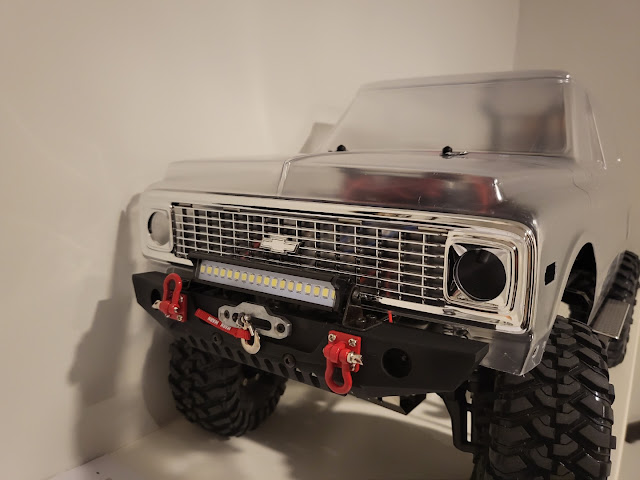 I’m trying to talk him into buying an airbrush for the body work but for some reason he doesn’t seem to appreciate my telling him how to spend his money. Can’t imagine why…😊

I hope you all are staying loose and light on your feet, and I hope you’ve got something fun to occupy yourself during the winter months creeping up on us. I got a feeling that this is going to be a long, cold winter.