Voating Your Way Out: Oot And Aboot 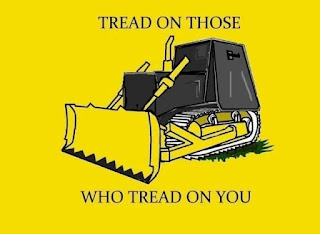 Ol' Blighty is about to show us how it's done.  All ya need is a strong, empowered woman at the helm and the force of her political correctness will do the rest! Lizzie addressed the crippling problem of white men in gubbimint in her first couple a days. A real conservative all the way through, eh?

Well! Who'da seen that one coming? In America, a senile old pedophile is in virtually the same boat Lizzie was. In Fwance and Canada, fwench faggots caper and dance for an increasingly hostile citizenry. The cans won't kick any further down the road. In all cases, there are only more clowns to choose from to replace the current crop of moronic fakes. As their citizens begin to suffer, the only option the gubbermint has to keep order is violence. Great minds think alike, and that other stinking dissident troublemaker - The Z Man - agrees.

Here in Canada we will probly be alright. I just got $200.00 for free!!! Because I love the environMINT so much!!! Thanks Mr. Prime Minister!!! I will be sure to voat for you in the next election

BEEEEEEEEEELCCCCHHHHH!!!  Sure, I'll have another beer, thanks. It's 8:30 in the morn and I am behind schedule, HAR HAR HAR!!!

Well thank goodness the war in the 'Kraine is going well...

We've gone from certain Ukranian victory to possibly having to stop those eeeeeeeevil Russians in Warsaw? That was fast! Meh. Ya never know. I personally think the danger is that Poland, certainly Germany, are ultimately going to give the EU, NATO, and the US the finger and side with Vlad of their own accord. Probly in the next month and a half as they start freezing to death. Israel is now refusing to send weapons to the 'Kraine, Fwance looks like it will be next... and my prediction is that the Kraine collapses in the next month and a half, and that the usual suspects will be standing around looking stupid as they try and figure out how to distance themselves from this gong show.

The hell of these problems isn't with our leaders. It's with us - and I lump myself in with this. Our leaders are clowns, every single one of them in the west. The free bread and circuses are great... but clown shows get old fast - especially when its YOUR fate and future they are fumbling with. But Turdo had dreamy hair, Trump was an orange Hitler, Macron screws lonely old unwanted cat ladies, and Lizzie has a vagina... and you and I sat on our hands while the monkeys danced, and morons emptied the coffers to throw coins at them.

Nobody is laughing at the clowns anymore, and we are in for a world of hurt, and we all deserve it. 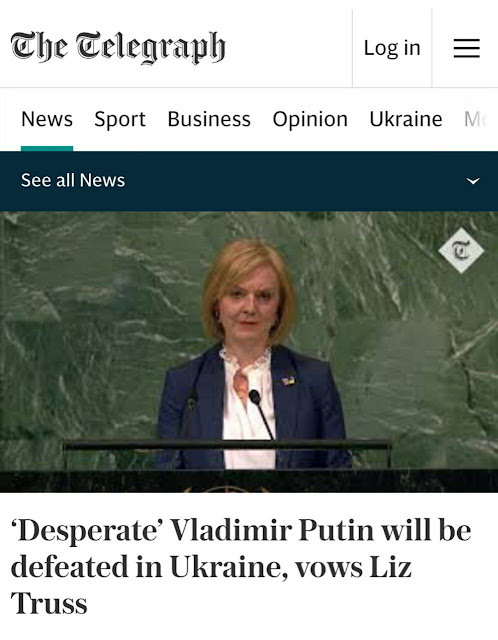