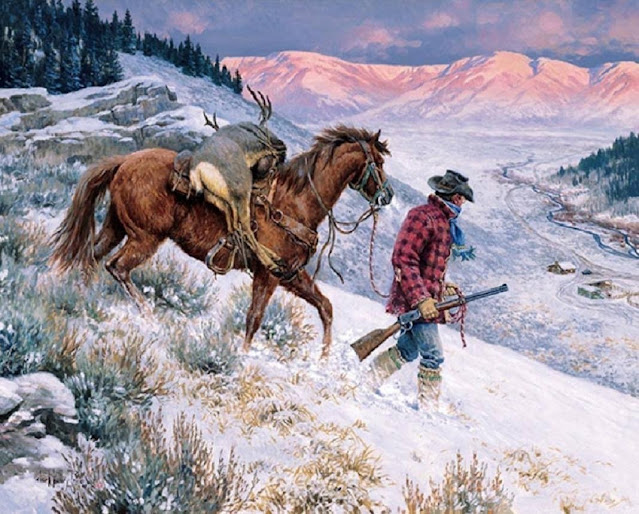 Well the end of the hunting season has to be drawing up fast, doesn’t it? Hope y’all got out and at least did a little camping.  We used to do a lot of winter camping and we just had a ball. Long nights with a bottle of scotch, maybe a cigar or two… if you’re still oot and aboot in the back country, make sure your gear is up to the task. Hypothermia is no joke and it can creep right up on ya if you’re not careful.

In 2-1/2 weeks, we have the longest night of the year. Time just flies now…even the winters. It will probably fly faster as I get older too. Christmas decorations are going up.

I honestly don’t know what a guy could want for Christmas. I have everything a man could reasonably ask for. I came up with on thing… lamp oil. I could get off my butt and go get it myself…but I need something besides coal in my stocking. Right now what I want most is a calm day to do the maiden flight on my RC airplane - and for it to fly.

And while it’s beautiful here… the news is coming in from the Kraine. The Ukes are getting blasted in Bakmeht and the ones still alive are hunkered down in trenches that are knee deep in freezing water - often with the corpses of their dead squaddies around them. I saw some brief chatter about peace talks but I’ll believe it when I see it. The Ukrainian money laundering machine is to good a gig for America’s political crime families to give up.

One of the channels said the Ukes were loaded into their tanks, and the CO’s had the hatches welded shut so they couldn’t get out. The only way they’d get out was by fighting and winning. I dunno if I believe it..? I’d read somewhere that they did something similar the kamikaze pilots in WW2. I know if my country did something like that to me…I’d hose the nearest senior officers down with the machine guns, and open up on the officer’s buildings with the canon. If ya gotta go…might as well take those bastards with ya I suppose. I hope Biden either ends this bullshite or that an anvil falls on him.

I hope your Christmas preps are coming along, and that you have all your shopping done…thanks for stopping in, and stay sane out there.